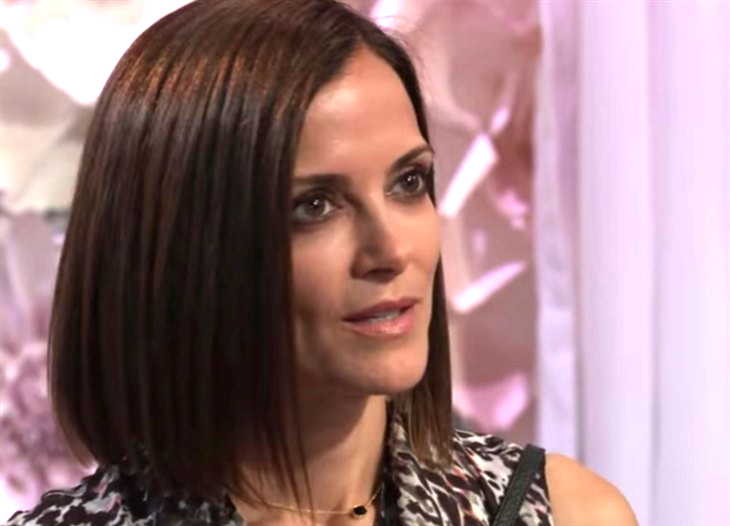 General Hospital (GH) spoilers reveal in Port Charles, NY Nikolas continuing to fret that he will one day go to jail for ordering a hit on Hayden Barnes back in 2015. People are asking questions now, but people already asked questions then.

We learned today that Elizabeth (Rebecca Herbst) does indeed remember the fact that Nikolas (Marcus Coloma) hired someone to shoot Hayden (Rebecca Budig) in the head before she knew that Hayden was her sister. She figured this out while Hayden was still in a coma six years ago and promised Nikolas she wouldn’t say a word.

Sam (Kelly Monaco) also figured this out along with Drew (Billy Miller), but now she is trying to figure out who did it. We would think that she is trying to cover for Nikolas since he is her cousin. We asked ourselves if maybe Sam was just trying to figure out what other people know but when she spoke to Nikolas about Hayden, that theory made no sense. She confronted Nikolas about this years ago and even blackmailed him.

We also wonder if maybe Curtis (Donnell Turner) is covering when he talks to Shawn (Sean Blakemore) because Hayden swore him to secrecy and he’d never betray his “Cupcake” but Shawn was his friend long before Hayden was and it was Shawn who told Hayden to hire Curtis to get at the truth.

It would make sense that Laura (Laura Wright) might be covering for Nikolas because he is her son, but that would make her a terrible mayor who can get thrown out of office if anyone ever knew.

GH Spoilers – Why Are The Writers Rewriting General Hospital?

It would be nice to think that the powers that be at GH have some kind of ultimate plan with this story that seems to have given so many people Sonny’s (Maurice Benard) amnesia, but it really just looks like a case of rewriting recent soap opera history. The fans aren’t stupid, though. We know what we saw and we know the year’s worth of storytelling we sat through that can easily be found on YouTube. Some of us may even have the episodes right in our DVRs.

This all looks like a setup for Hayden Barnes to soon return, but why insult our memories and intelligence to tell this comeback story? Stay tuned to General Hospital to see if this plot starts to make sense.