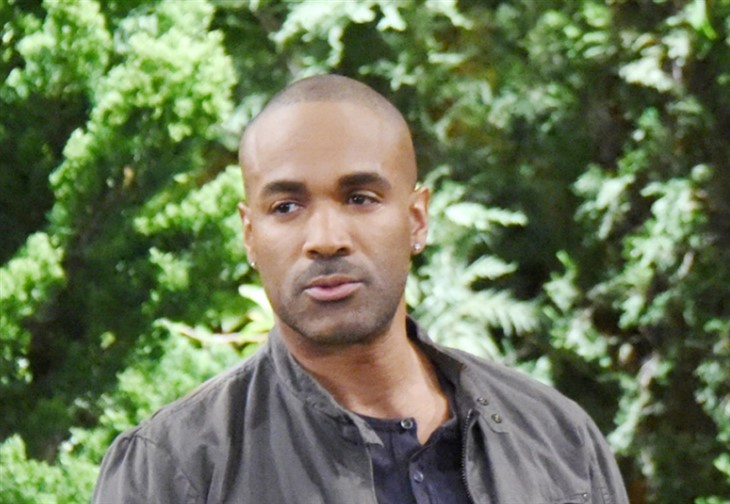 General Hospital (GH) spoilers tease that Cyrus Renault (Jeff Kober) was shot in a standoff with Carly Corinthos (Laura Wright). Cyrus had abducted Damian Spinelli (Bradford Ashford) and demanded that Carly bring Gladys Corbin (Bonnie Burroughs) to him. Gladys has information that could actually lead to Cyrus’ arrest so he is desperate to silence her once and for all. But Jason Morgan (Steve Burton) showed up in the nick of time and in the process, Cyrus was shot. Injured, Cyrus escaped capture and since he would now be wanted by the police, he would need to find a doctor to help deal with his bullet wound without going to the hospital.

For months now, Portia Robinson (Brooke Kerr) and Curtis Ashford (Donnell Turner) have been getting closer, and now that Curtis has filed for divorce from Jordan Ashford (Brianna Nicole Henry), Portia decided to make her move. After coming to Curtis’s new club, the Savoy, to ask that Curtis rent the space for Trina Robinson’s (Sydney Mikayla) graduation, their discussion became more intimate leading Portia to initiate a kiss. Curtis was blindsided by the kiss and wasn’t able to respond immediately. Believe she had made a fool out of herself, Portia hurried out of the club.

Portia was still upset with herself by the time she got home, but that didn’t stop her when she saw the signs of a break-in? As she bent down to examine the bloodstains on the floor, Cyrus shut the door behind her and revealed himself. Cyrus will demand that Portia tend to his gunshot wound, maybe once again threatening Trina if Portia doesn’t do exactly what she is told. Trina had already been kidnapped by Cyrus once before, so she knows how deadly serious he is when he threatens her daughter once again.

Look for Curtis to somehow find out that Cyrus has Portia. Perhaps Trina will arrive home and witness her mother with Cyrus. Or maybe Curtis will feel awful about the way things were left with Portia. However it happens, Curtis should arrive at Portia’s home just in time to save Portia. Realizing how he felt when he thought she could die, Curtis may finally return Portia’s kiss. Just because he didn’t have the words when Portia kissed him, doesn’t mean he doesn’t feel the same way. This could be the beginning of Curtis and Portia’s romance.

Will Portia be forced to help Cyrus when he threatens Trina? Will Cyrus kill Portia anyway or will Curtis save her? Could this be the start of a romantic reunion for Curtis and Portia? Lovers become friends who once again become lovers in Port Charles, so stay tuned to General Hospital airs weekdays on ABC. And don’t forget to check back right here regularly for all your General Hospital news, information, and spoilers!

The Young And The Restless (Y&R) Spoilers: Rey Is Still Gunning For Chelsea And Chloe