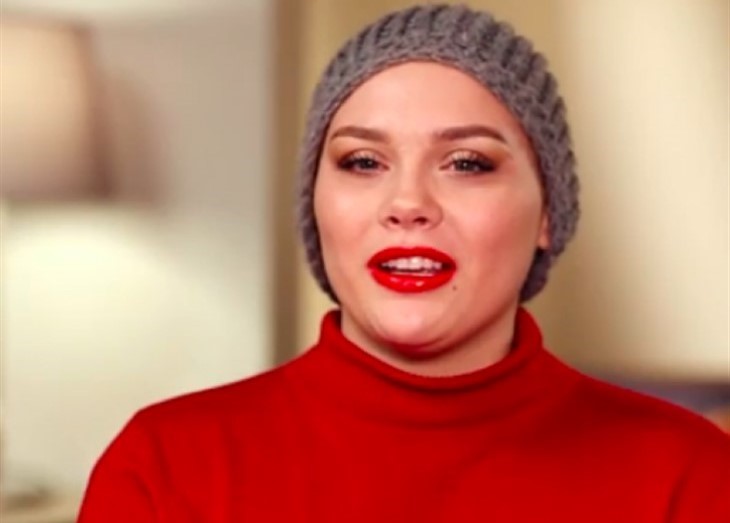 90 Day Fiancé star Avery Mills may no longer be part of the franchise but that doesn’t stop her from reminiscing about her time on the show. The wife of Omar Albakour particularly remembered an incident which she finds very funny to this date.

Looks like Avery Mills is feeling nostalgic about her time on 90 Day Fiancé. The American wife of Omar Albakour took to Instagram recently and shared a throwback clip from an episode, which was featured on a talk show.

Avery posted a segment of Jerry O’, where the host, Jerry O’Connell, gives recaps and witty commentaries about the couples. The show featured Avery and her mom, Teri Watkins, on the way to meet Omar in Lebanon.

While at the airport, Avery lost her phone. But the 90 Day Fiancé star did not let the incident stop her from boarding the plane. Despite the risks and challenges of not having a phone in a foreign country, Avery pushed through with it.

“I’m not missing my flight,” Avery said during the episode. “It is what it is. It’s not that important to have a phone.”

Jerry was obviously against the idea and reiterated the importance of having a phone regardless of where someone’s going. The host did praise Avery’s husband though. He said she’s very lucky to have Omar, pointing out that he’s a really nice guy and a doctor.

Avery Mills admitted that the segment about her lost phone still makes her laugh to this date. The 90 Day Fiancé star also revealed that she “never found [her] phone.”

Many are hoping to see Avery Mills and Omar Albakour back on the show. However, the couple already made it clear that they’re not planning on making a comeback.

Previously, Avery revealed that she and Omar have declined offers to be on TV again. She also noted that they’re no longer under contract with TLC so they can pretty much do anything they want on different platforms.

Meanwhile, Avery Mills and Omar Albakour continue to enjoy married life in the U.S. The 90 Day Fiancé couple made the big move in March after trying for a couple of years.

Avery and Omar are currently residing in New Jersey. Things seem to be doing great for the couple. Just recently, Omar passed the INBDE [Integrated National Board Dental Examination]. He’s one step closer to becoming a dentist in America.

Avery, on the other hand, is completing her studies in healthcare administration. She hopes to work alongside Omar in their own dental clinic soon.