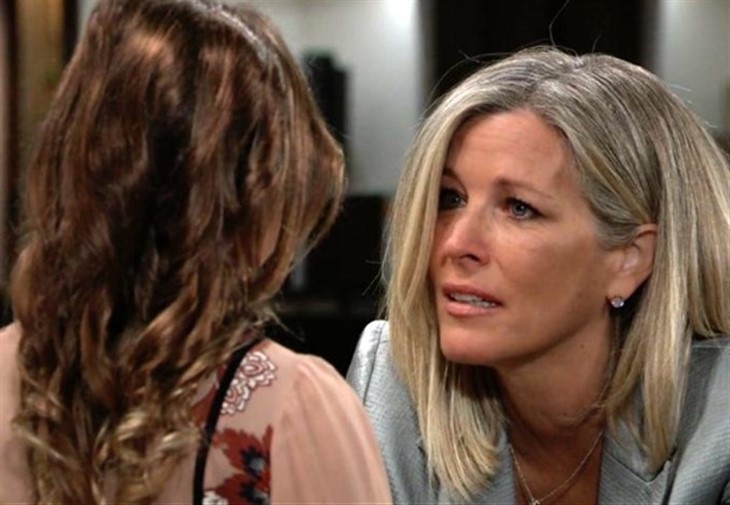 General Hospital (GH) spoilers reveal that Carly Corinthos (Laura Wright) finds herself in quite the predicament. She learns that Avery Corinthos’ (Ava and Grace Scarola) necklace has landed in Ava Jerome’s (Maura West) hands. She comes up with a scheme to get it back, but runs into complications. It is teased that Carly gets caught red-handed and makes a desperate plea.

GH spoilers reveal that when Carly realizes Avery’s necklace is gone, she gets information from Josslyn Jacks (Eden McCoy). When she learns that the necklace has fallen into Ava’s hands, Carly panics. She goes to Jasper “Jax” Jacks (Ingo Rademacher) and begs for his help. However, she doesn’t get the assistance that she’s looking for. Jax isn’t that eager to help Carly with breaking in and grabbing the necklace. In fact, it is suggested that the truth will come out, but ignores the possibility. When she can’t get Jax’s help, she recruits Bobbie Spencer’s (Jacklyn Zeman) assistance with her plan.

While Bobbie distracts Ava, Carly tries to rush and grab the necklace so she can get out of there. However, she isn’t quick enough it seems. According to Celeb Dirty Laundry, someone shows up and catches Carly in the act!

General Hospital spoilers reveal that the person who catches Carly just might be Nikolas Cassadine (Marcus Coloma). If this happens, then Carly is going to have to say something, even though she might not explain all the details or explain her reason. She could try and convince Nikolas to keep quiet about this. To get him to agree, she could bring up that she kept his secret of coming back to Port Charles.

It seems that Carly will certainly be a desperate woman as she scrambles to do damage control and keep her secret under wraps. However, Nikolas will become downright suspicious and will end up talking to someone! In fact, it is teased that Nikolas ends up confiding in and getting advice from Laura Collins (Genie Francis) about what to do about the situation. It’s possible that Nikolas could end up seeing Nina Reeves’ (Cynthia Watros) necklace at some point. If so, it might be only a matter of time before he starts connecting the dots.’

What do you think is going to happen with this storyline? Will Nikolas notice Nina’s necklace and put everything together? What is Carly’s next move as this storyline progresses? Let us know your best theories and predictions about the storyline and what will happen. We will keep you posted with new developments and updated information as it becomes available. In the meantime, keep watching the long-running ABC soap!

Be sure to catch up on everything happening with GH right now. Come back here often for General Hospital spoilers & rumors, comings and goings news, and soap opera updates.