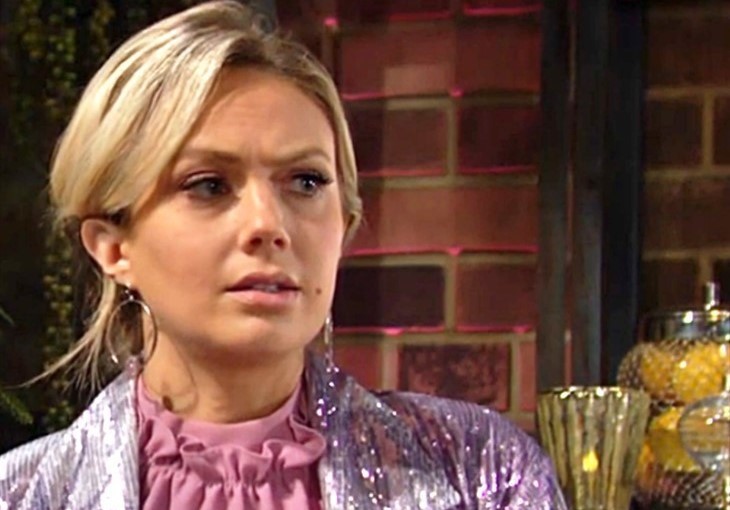 The Young and the Restless spoilers say that Abby Newman (Melissa Ordway) is doing everything she can to start a new family with her new husband Chance Chancellor (Donny Boaz) but unfortunately, things aren’t working out as they’d like. In fact, it doesn’t seem as though Abby will be able to get pregnant, which will bring on a whole new set of challenges for this newlywed couple. With that said, here are three reasons why Y&R fans can relate to Abby Newman’s pregnancy woes.

While there’s no doubt that many daytime television shows have created engaging storylines that talk about love, life and loss, very few have actually touched on the difficulties of starting a family, especially when you are doing everything you can to make things work. This is a storyline that a lot of Y&R fans will definitely be paying attention to, as it is a story that isn’t often told.

It’s without a doubt that there are a lot of things that go on behind closed doors that people simply don’t want to talk about in public. That might also be the reason why so many fans have been drawn to daytime television soaps, simply because it is the only genre that tackles the subjects that are deemed too controversial anywhere else. For fans, Abby’s storyline is very relatable. On the outside, it might look like she has a perfect life but on the inside, she knows she certainly doesn’t. Her struggle in trying to get pregnant is one that many women know all too well.

The Young And The Restless Spoilers – Abby Newman Knows That When There’s A Will, There’s A Way

If there’s anything that we’ve learned about Abby over the years, it’s that she is definitely her father’s daughter. She’s a Newman which means she’s a fighter and she’s someone who doesn’t give up too easily. Even though it doesn’t look like this pregnancy is going to happen for her the natural way, Abby is going to make it happen, one way or another. With that said, there is no doubt that fans will continue to follow Abby on her journey and of course, root for her every step of the way.