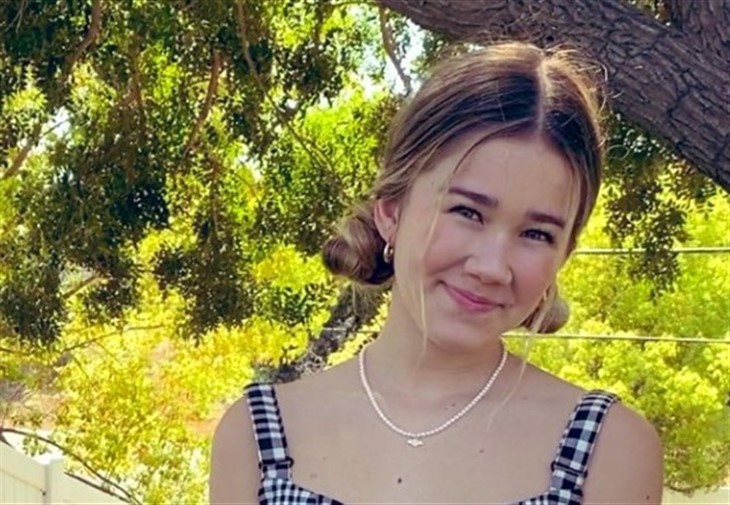 General Hospital (GH) spoilers reveal the Brooklyn Rae Silzer has shared the most gorgeous post to social media at time a significant milestone is happening in her life.

The glowing young beauty tweeted out two pics with these words: “A princess and her prince! #homecoming2021 #freshmanprincess.” In one pic she is a vision of loveliness standing by herself in her backyard with a glittery ceremonial crown on her head and a sash draped across her body with the words homecoming princess written on it.

So who has the lucky honor of being Brooklyn’s handsome prince? We find out in the second picture!

Her most handsome and stunning prince has blue eyes and dark hair on his head. The rest of his body is layered in exquisite tan and white fur! Brooklyn is holding her princely cat next to her and it’s obvious adore each other.

Her fans were excited and thrilled to hear of her latest milestone. One fan tweeted, “You are gorgeous! I love seeing you go thru your milestones! Thanks for sharing.”

Another wrote, Congratulations!! How on earth are you in high school already? I’ve watched you grow up on GH. @whitewatercrew and @MyJasonThompson must be “proud parents”, I’m sure.”

One fan tweeted, “Homecoming Court?! How exciting!! Congratulations,” while another said, “Congratulations!! You & your prince look beautiful!!”

Time sure flies, as Silzer demonstrates. Fans watched her grow up on the show and now it’s hard to believe that she is a freshman in high school.

On the show her grandmother Anna Devane (Finola Hughes) is in a bit of a mess.

She was supposed to marry Hamilton Finn (Michael Easton) but that wedding never got two inches off the ground before it crashed and burned.

Why? Anna had been lying to Finn about her true relationship to Peter August (Wes Ramsey) and her connection to him. When the truth came out Finn was gobsmacked and unable to process his feelings in front of everyone. Now that things have cooled down it appears they will go their separate ways leaving Fanna fans sad. But Finn may be getting closer to Liz Webber (Rebecca Herbst).