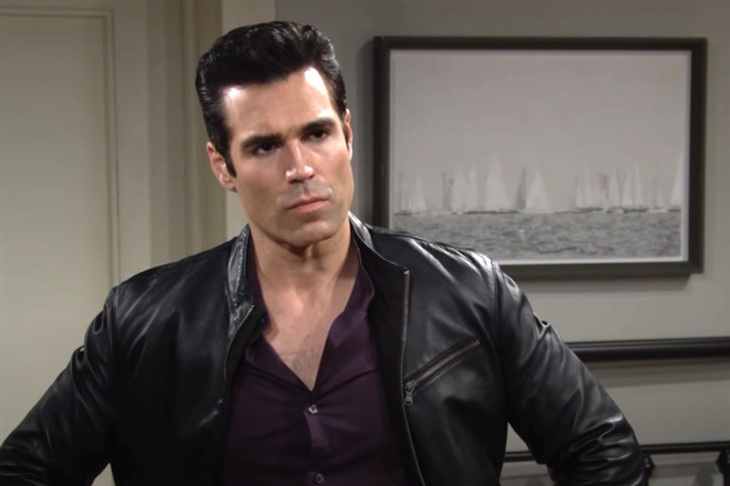 The Young and the Restless (Y&R) spoilers for April 19-23 tease that the fractious Newman’s are all over the place—what else is new?!

The Young And The Restless Spoilers – Sharon Newman Panics

Rey Rosales has had it up to his beautifully manciured eyebrows with Shadam and next week he leaves Sharon to face the music alone.

Sharon Newman isn’t ready to give up the man who stood by her during her lowest time and insists that she is ready to finally be a proper wife to Rey. Oy vey.

Explosive show spoilers reveal that sexy Sharon will move heaven and earth to keep Rey in shackles. Will it work? Tune in and find out!

Elsewhere Faith Newman (Reylynn Castor) listens as grandma Nikki tells the young’un about when she was just like Faith. Will Faith learn from grandma’s wisdom and suddenly be scared straight?

Spoilers show that both blondes will be crying their eyes out which means fans probably will, too—have the tissues ready.

Adam is now in hiding place at the Newman ranch, will lawman Rey find him? The better question is, how will Nikki react to finding out? She is no fan of the bad boy and having a wanted criminal on her property could be dangerous for all involved.

It’s about to be a busy week for the Newman family what with Faith getting yet another family lecture about her underage drinking instead of being given proper professional help.

Sharon is on the edge of a dilemma about the men in her life and it looks like this time Rey isn’t buying her excuses and puppy dog eyes. Are we about to see a sexy Shadam romp in the Newman barn hay folks?