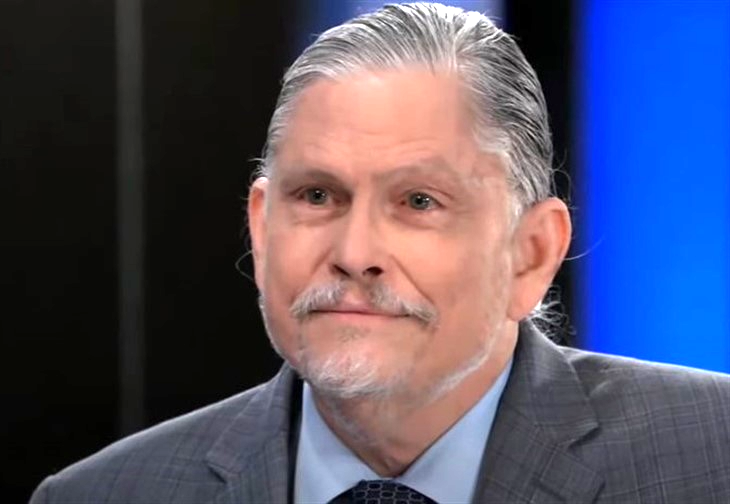 General Hospital (GH) spoilers and updates reveals Alexis Davis (Nancy Lee Grahn) has been sent to Pentonville Penitentiary. Alexis was convicted of attacking Dante Falconari (Dominic Zamprogna) with a syringe. She thought that Franco Baldwin (Roger Howarth) was going to hurt her daughter Sam McCall (Kelly Monaco). Dante prevented Alexis from hurting Sam, Franco, and Elizabeth Webber Baldwin (Rebecca Herbst). Alexis had been drinking and was not thinking clearly. Dante did not blame Alexis and wanted her to get help for her drinking. Alexis decide that she needed to take responsibility for her actions and plead guilty even though her family did not want her to.

Alexis has a nephew Nikolas Cassadine (Marcus Coloma) that is concerned about her safety in Pentonville. He has made a deal with his uncle Cyrus Renault (Jeff Kober) to insure that Alexis is safe in Pentonville. Cyrus wants Nikolas to find his mother Florence Grey (Annie Abbott) who has been taken by Carly Corinthos (Laura Wright) and Jason Morgan (Steve Burton). Carly and Jason took Florence to keep the peace in the conflict that they have had with Cyrus. Cyrus had been in a dispute over the fact that Cyrus wanted to bring his mob organization into Port Charles. Jason and Sonny Corinthos (Maurice Benard) did not want that to happen. However Sonny was declared dead which left Jason and Carly to take care of Sonny’s mob organization.

General Hospital Spoilers – Cyrus Renault Has A Dark Past

Cyrus started down a dark path when his father Gordon Grey (Eric Server) died. Cyrus and his father had an argument that resulted in Cyrus accidently hitting his father with a car. His father died and Florence told Cyrus to leave. Cyrus wants to show his mother that he is a man of respect like his brother Martin Grey (Michael E. Knight) who is a lawyer. He became of the Chairman of the Board of General Hospital when he was released from jail. He wants to use the hospital as a front for his criminal operations. However he has started to want to get to know Mayor Laura Collins (Genie Francis). He found out that she was his sister from his father’s affair with her mother Lesley Webber (Denise Alexander). Laura is Nikolas’ mother and she is concerned about Nikolas helping Cyrus to find his mother in order to protect Alexis.

GH Spoilers – Alexis Davis Has a Troubled Past

Alexis is the daughter of Mikkos Cassadine (John Colicos) and Kristin Bergman (Melanie Minichino). Kristin was an opera singer and was Mikkos’ mistress. Mikkos provided for Alexis and her mother. However Mikkos and Kristin had a stormy relationship. Mikkos’ wife Helena Cassadine (Constance Towers) was jealous of his relationship with Kristin and killed her by cutting her throat. The loss of her mother propelled Alexis to go into law. She was a lawyer until she got into a relationship with Dr. Neil Byrne (Joe Flanigan). Neil died and Alexis started to drink. She had been sober for years. Now Alexis is has gone to Pentonville. She does not know who she might be going to deal with in jail.

General Hospital Cyrus may start to want to get to know more about Alexis. He has agreed to provide her protection in Pentonville. Cyrus and Alexis had a few encounters before she went to jail. Cyrus may find that he and Alexis have some similar life experiences in common. Could Cyrus want to help protect Alexis if he gets to know her? Would he keep her safe even if Nikolas cannot get Florence back? Alexis has not wanted to get to know Cyrus but may be grateful for his help. Could Alexis give Cyrus a chance and start to form a friendship with him? Tune into General Hospital to find out if Cyrus and Alexis can become friends while she is in Pentonville.

The Young And The Restless (Y&R) Spoilers: Michael Mealor On Kyle’s Evolution And Fighting For Harrison Locke