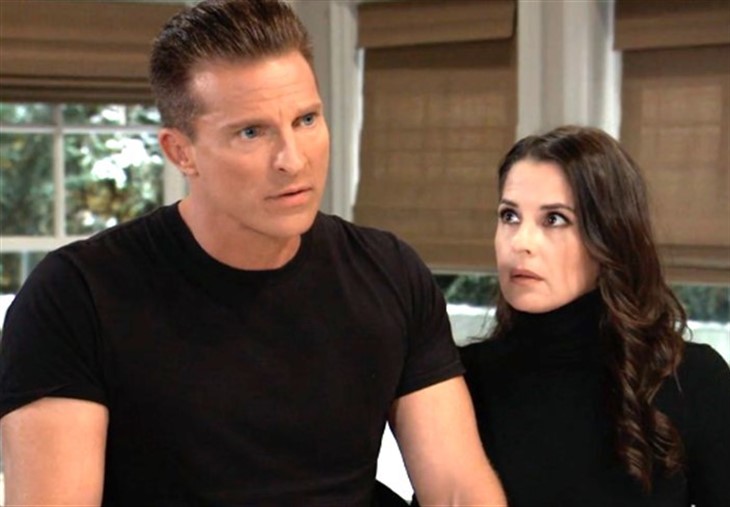 General Hospital (GH) spoilers say in Port Charles, NY that we have certainly been in this same place many times in the past and unfortunately, it doesn’t get any better. Of course, we are talking about the break up between Sam McCall (Kelly Monaco) and Jason Morgan (Steve Burton). But this time around their split might actually be a good thing, seeing how things just aren’t working for our favorite on-again, off-again Port Charles couple. Here are five reasons why.

While there certainly are going to be a lot of General Hospital fans out there who will always cross their fingers in the hopes that Jason and Sam will get back together again, things just weren’t working for this couple. In fact, even fans would agree that all throughout last year Jason was acting more like a stern father who constantly needed to chastise is unruly teen. Now that’s no way to stay and maintain a relationship, right?

This could definitely be up for debate, but there’s some speculation that Jason perhaps doesn’t even love Sam. Sure, the chemistry between them is off the charts and they will always be in each other’s lives because of the son they share, but if there’s one person that Jason would drop everything and run to, it’s not Sam. Instead, that person would be Carly Corinthos (Laura Wright).

#3 A Possible Hook-Up With Dante Falconeri

Sure, there are going to be a lot of General Hospital JaSam fans that are not going to like this, but there’s a possibility that Sam might end up falling for another notorious bad guy in Port Charles: Dante Falconeri (Dom Zamprogna). Even though the hook-up seems like it’s so out of left field, there could definitely be sparks between these two.

#4 Everyone Needs A Fresh New Start

Sure, the last several years haven’t been very good for Sam McCall. She was sent to the slammer for a crime that she believed she had to commit for her own safety, her parole officer was anything but accommodating and she slapped her father, General Hospital Julian Jerome (William DeVry) in the face. But that wasn’t the worst of her problems. Sam said told Jason the only way she could detach herself from the mob is if she could detach herself from him. Simply put, Sam needs a fresh new start, and that’s not a bad thing at all. Watch this space as we have a feeling there is so much more to come!