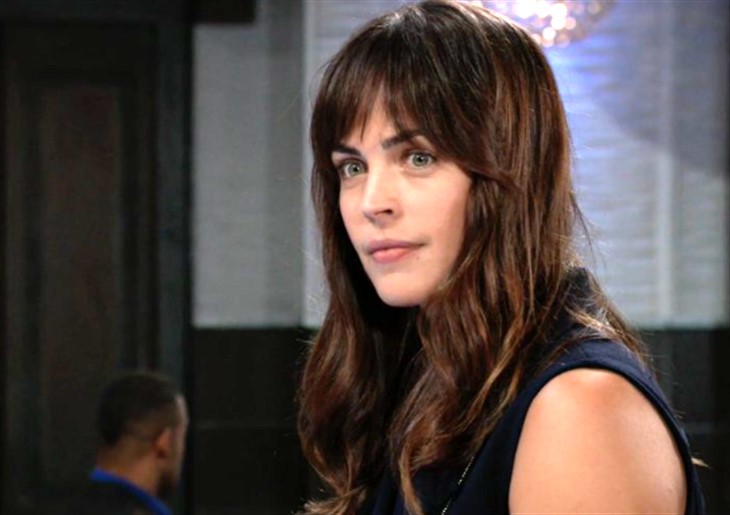 General Hospital spoilers show Britt seems to be in an in-between place about Peter – he is her half-brother, yet he killed her whole brother Nathan West (Ryan Paevey). She has not really had a chance to get to know Peter, or Heinrik very well. Peter couldn’t shed the name “Heinrik Faison” fast enough when he got to Port Charles, but yet things may not be as they appear. Peter says he doesn’t want to be associated with his, Britt’s and Nathan’s birth father, Cesar Faison (Anders Hove) and indeed maneuvered his death.

But there are other reasons that are anything but noble that he doesn’t want anyone to know about his past. For one, he was much more involved in the kidnapping of Drew Cain (Billy Miller) from Afghanistan than anyone knows. He was also responsible for keeping Jason Morgan (Steve Burton) in the Boronsky Clinic in Russia for over five years while Jason was presumed dead. General Hospital viewers will recall Peter had his past hidden without taking any extraordinary measures until Shiloh Archer (Coby Ryan McLaughlin) threatened to expose him.

It was at that point he arranged for Drew to disappear and Andre Maddox (Anthony Montgomery) to be stabbed! Britt knows that Peter was involved enough in Nathan’s death that her mother, Liesl Obrecht (Kathleen Gati) kidnapped him, tortured him and nearly set him on fire in the Cassadine horse stable! Even though Britt wasn’t in Port Charles then, she and her cousin Nina Reeves (Cynthia Watros) did keep in touch!

General Hospital viewers will recall that she is in communication with Jason Morgan about the activities of Cyrus Renault (Jeff Kober). She and Jason might get friendly enough that he mentions his time in the Boronsky Clinic to her and that Peter was responsible for him being there. She also may help Liesl with Franco Baldwin’s (Roger Howarth) treatments, as far as providing a place in General Hospital for her to carry out the treatments.

Liesl will likely not tell her exactly what the problem is but Britt may experience firsthand Franco hearing Peter’s voice in his head if they happen to encounter one another! Franco may have an episode like he did when he went to Sam McCall’s (Kelly Monaco) looking for Jason! It seems like the memories of Drew’s he is experiencing are those of when he was kidnapped by Peter and also when he was held captive and tortured on Cassadine Island by Helena Cassadine (Constance Towers).

The conditioning she was having done to him in order to make him her “toy soldier” involved torture, and hanging him up on a tree and having him whipped – which little Jake Webber (Hudson West) had nightmares about and called him “the scarecrow”. Peter likely was the one doing the torturous conditioning, which was involved in brainwashing. Drew ultimately had some kind of computer chip implanted in his head to control him, which Dr. Patrick Drake (Jason Thompson) later found and removed. Between Jason and Franco, she may find out a lot about Peter that may cause her to consider him to be worse than their father and she will gain a whole new perspective about him!