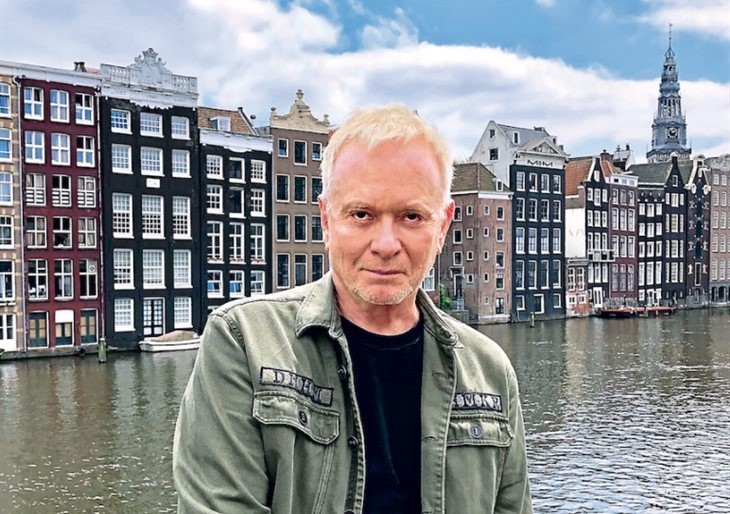 “General Hospital” news reveals star Tony Geary appears in a new music video titled “I Love Amsterdam.” General Hospital soap fans will not only see him in the video but also hear him sing as he provides backup vocals in the new song. Publicist and photographer, Jim Warren, penned the song, which was about Amsterdam, Geary’s hometown.

Warren explained that he wrote “I Love Amsterdam” amid the COVID-19 pandemic. He included as many things about Amsterdam as he could on the song, including Geary. The latter was excited when he learned that he penned a tune so Warren decided to record it. Aside from finding the best tomato soup and the many cafes in the city, the video featured Geary himself and his vocals.

In an interview with Soap Opera Digest, the actor said he was surprised when he learned that Warren wrote a song about Amsterdam. He knew he loved country music but he had no idea that he writes songs, too. If there’s one thing that didn’t surprise him, it was when he found out that the beauty of his hometown inspired Warren to write a song.

“This city has inspired artists, philosophers, engineers, writers, photographers, lovers, sailors, and whores for a thousand years,” he explained.

Geary loved the song right away the first time he heard it. He revealed that the song’s genre is popular in Holland and the lyrics “read like a Dutch Country song.”

When asked how Warren managed to convince Geary to record with him, he said that the former had a very convincing argument.

“He asked … and reminded me of the compromising photos he has of me,” he said

Although being on camera had “no allure” for Geary, he admitted that he felt gratified when he was asked to appear on the video.

“I was able to do my part from my living room overlooking one of the sweetest canals in the city, so what’s not to enjoy?” he explained.

Geary loves Amsterdam and he’s glad that the song managed to capture the hometown he knows.

“Another element of the song that brings this city to life is the international flavor of the musicians and the tech people Jim used to create it,” he continued.

“The international flavor of the crew and the musicians is a very Dutch element of the song … international city, international artists. Very A’dam! And, impressive, interesting and creative from a producer’s POV,” he said.