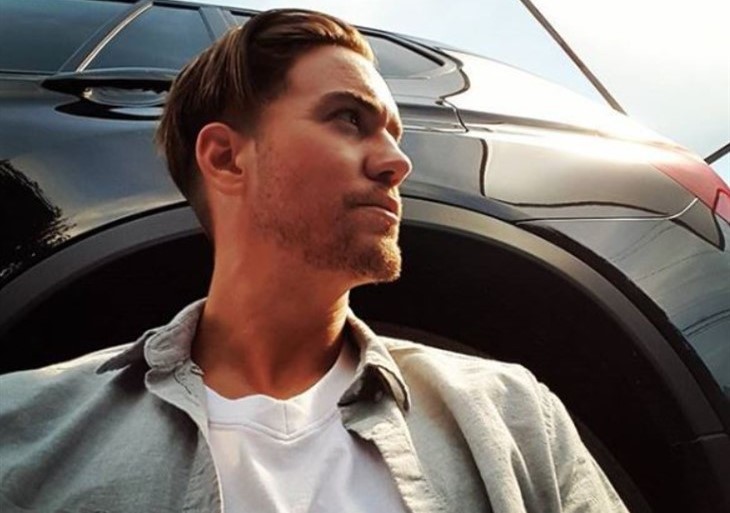 General Hospital (GH) comings and goings reveal most of Port Charles not yet knowing that Peter is dead, but also confirmation that Wes Ramsey is off the show.

The June 22, 2021 issue of Soap Opera Digest reports that Ramsey is out, meaning there’s a good chance that Peter is really and most sincerely dead. As the news hit social media, a hashtag was started on Twitter called #PeterIsDeadParty.

It was more than two weeks ago when GH fans got the thrill of seeing Peter August go down a flight of stairs and it’s been more than a week since Finn (Michael Easton) and Elizabeth (Rebecca Herbst) declared him dead and decided to dispose of the body and not tell anyone he was dead. Still, fans found it impossible to believe because the character was so widely hated and we’d seen the soap waste countless opportunities to kill him off one way or another.

Poor Maxie (Kirsten Storms) thinks Peter (Wes Ramsey) is still out there somewhere so she’s hiding her baby from him believing he can still kidnap her. Since Finn and Liz have no idea Maxie gave her baby to Brook Lynn (Amanda Setton) out of fear of Peter, they have no idea the relief she’d feel if they told her.

General Hospital made its first mistake with Peter when they decided to make him Anna’s (Finola Hughes) son with Cesar Faison (Anders Hove), rewriting history and telling us Anna willingly slept with Faison, something she would just never knew. The show righted that wrong when Peter turned out to be Alex’s instead, but the damage was done as fans could not warm up to this character at all.

The second mistake was not knowing whether to make him a good guy or a bad guy. We knew he had done some horrible things but his guilt never seemed genuine. By the time he arranged for Drew Cain (Billy Miller) to be killed, the show had written him into a corner they couldn’t write him out of but it took nearly two years for GH to realize the character was never, ever going to be a fan favorite. Stay tuned to General Hospital weekdays to see if Maxie ever learns Peter is dead.