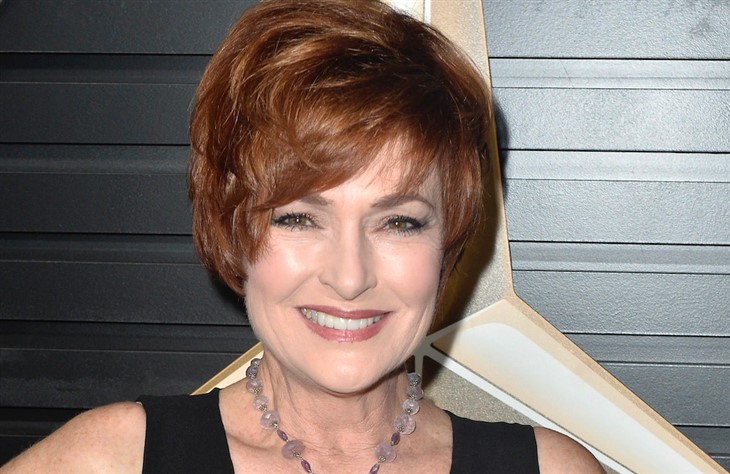 General Hospital spoilers and updates tease that Carolyn Hennesy, also known as Diane Miller on the daytime soap, has landed a role in a new movie. The actress shared about her new film on Twitter. The movie is slated to premiere on January 22, 2022.

The movie is called Vanished: Searching For My Sister, which follows the story of an office worker who pretends to be her wild child twin sister who’s been missing. The mild-mannered twin is on a quest to find out what happened to her twin. The police have no leads so she decides to go undercover. That’s when she finds out that her twin has been involved in drugs, among other things.

Aside from Hennesy, other cast members include Tatyana Ali, Jasmine Guy, and Anthony “Treach” Criss. The movie is produced by Big Dreams Entertainment and executive produced by Leslie Greif. It is written by Christina Welsh and directed by Tim Woodward.

Spoilers hint that Carly Corinthos (Laura Wright) might blame Britt Westbourne (Kelly Thiebaud) for the death of Jason Morgan (Steve Burton). There will be a heated encounter on Cassadine Island, which will involve Britt and Jason.

Carly wasn’t happy when she found out that Britt was taking Jason with him on a trip to Cassadine Island. That’s why it won’t be surprising if she targets Britt when Jason fails to come home.

Carly and Jason’s relationship took a turn when Sonny returned. She decided to put some distance between them and even hinted about it to Diane Miller (Carolyn Hennesy). But what Carly didn’t expect is Jason being gone for good. News of Jason’s demise will break Carly’s heart and she may put all the blame on Britt.

In upcoming scenes, Jason won’t be coming home. He won’t be able to make it off the island alive after the tunnel collapses. Britt will be heartbroken because it was her idea to bring him with her so he could help her find Liesl Obrecht (Kathleen Gati).

But it’s not just Jason who’ll be in danger. Sasha’s condition will also turn for the worse. She’ll lose a lot of blood as she lays on the operating room table. During this time, Brando Corbin (Johnny Wactor) will realize how important Sasha is to him. Will Sasha manage to survive?