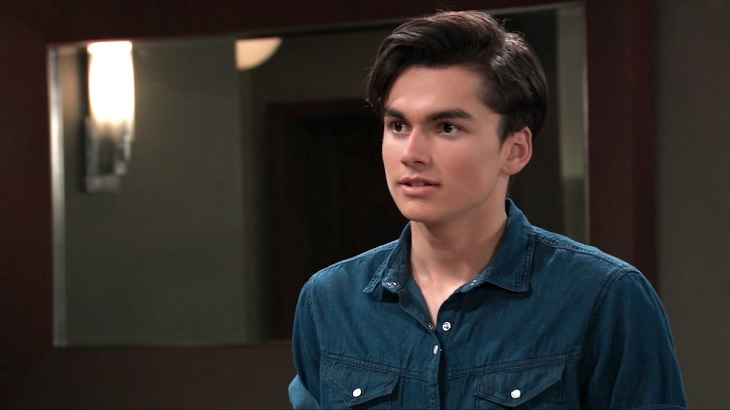 General Hospital spoilers and updates tease that Ashton Arbab, the actor who played Dev Cerci, has released his first album titled Her Album. His new album is all about the ups and downs that he’s experienced with teenage love.

The actor, singer, and songwriter thanked everyone who supported and motivated him. Her album contains 12 songs, which he said are “12 stories, 12 letters” from him to his listeners.

“Can’t even describe how I’m feeling!!! So blessed to be abale to express my feelings to you guys. LONG STORY SHORT THE FREAKING ALBUM IS OUT BABYYYY WHOOOOOO,” Arbab said.

General Hospital Spoilers For The Week of August 23

Willow Tait (Katelyn MacMullen) has had enough with all the lies. She believes Harrison Chase (Josh Swickard) deserves to know the truth, so she’ll may be ready to come clean. Fans know that she’s fallen for Michael Corinthos (Chad Duell). But the latter won’t force or pressure her to confess and tells her that he’s willing to wait regardless of how long.

She may finally tell Chase the truth especially when she learns that about Chase’s recovery. But she may be caught off guard once she learns that Chase already had an idea about her feelings for Michael.

As for Austin Gatlin Holt (Roger Howarth), he’ll receive an offer that he’ll refuse. Ned Quartermaine’s (Wally Kurth) may offer him a significant amount of cash to put an end to the Quartermaine clan’s latest problem. However, his attempts will be unsuccessful. Austin wants to get his ELQ shares and that sense of satisfaction once he takes back what was supposed to be given to his father.

General Hospital spoilers indicate Maxie Jones (Kirsten Storms) now understands why Nina Reeves (Cynthia Watros) spends so much time in Nixon Falls. She’s also intrigued as to who Nina’s new guy is. She wants to meet with the mysterious “Mike,” but that’s not something that Nina will allow to happen.

Nina will do all she can to make Maxie leave Nixon Falls. She may tell her that they may not be up to receive visitors at the moment since Lenny Caulfield (Rif Hutton) recently passed away. Maxie may notice that Nina is acting weird and may start to wonder if she’s hiding something.