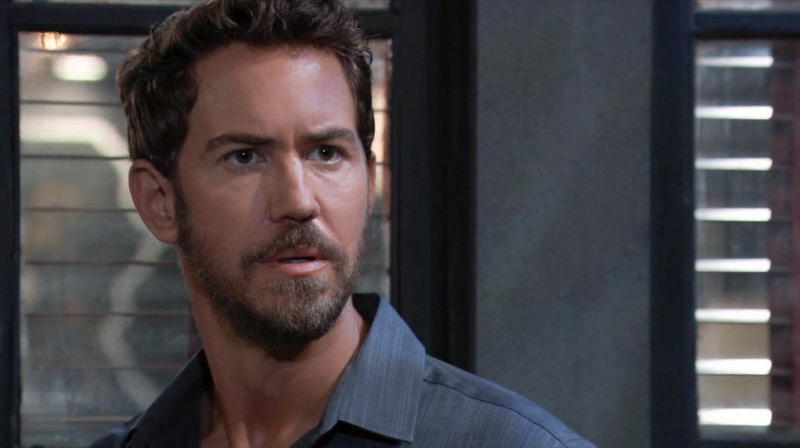 General Hospital (GH) spoilers for Thursday, August 26, 2021, reveal Peter deciding to embrace his evil Faison ways full out in the open now that he has something to hold over Nina’s head.

General Hospital Spoilers: How Long Can Nina Keep A Secret?

Nina Reeves (Cynthia Watros) is about to alienate everyone she ever knew in Port Charles. She was bound to catch Carly’s (Laura Wright) ire for keeping Sonny’s (Maurice Benard) living status a secret for months, but it’s not like she ever cared for Carly. However, she does care for Maxie Jones (Kirsten Storms), a woman whose secret she knows. And now Nina is about to keep the biggest secret of all from Maxie — she knows where Peter (Wes Ramsey) is. She could also probably call the police, but she can’t have anyone knowing Sonny is alive.

As for Peter, he just continues to threaten Nina in his evil, menacing way, telling her an eye for an eye. When he tells Sonny he plans to stay in Nixon Falls for a project, Sonny is both curious and suspicious. We don’t blame him.

Meetings At The Metro Court

Back in Port Charles, Maxie can’t believe that she got to hold her baby, but she needs to keep her mind off Bailey Louise and focus on Carly’s wedding. Except, Carly is convinced there is something very off and she tells Maxie so.

Elsewhere in the restaurant Britt (Kelly Thiebaud)and Liesl (Kathleen Gati) get together for a mother-daughter chat and it looks like Carly may be in more trouble than she thinks.

Over at the Q mansion — aka Monica’s House — Brook (Amanda Setton) can’t believe that Michael would want to hand ELQ shares to Austin (Roger Howarth). Michael (Chad Duell) defends himself but Brook won’t go for it. Will Michael be able to convince Ned?

Chase (Josh Swickard) is the one who gave Austin what he needed to get the shares and then walked out of the mansion and straight to his brother. He tells Hamilton Finn (Michael Easton) what happened and Finn wants to know if he would have done anything differently. Chase is not sure. Stay tuned to General Hospital weekdays to see how these stories play out.

90 Day Fiancé: Yara Could be Pregnant With Baby #2 Per Tell-All