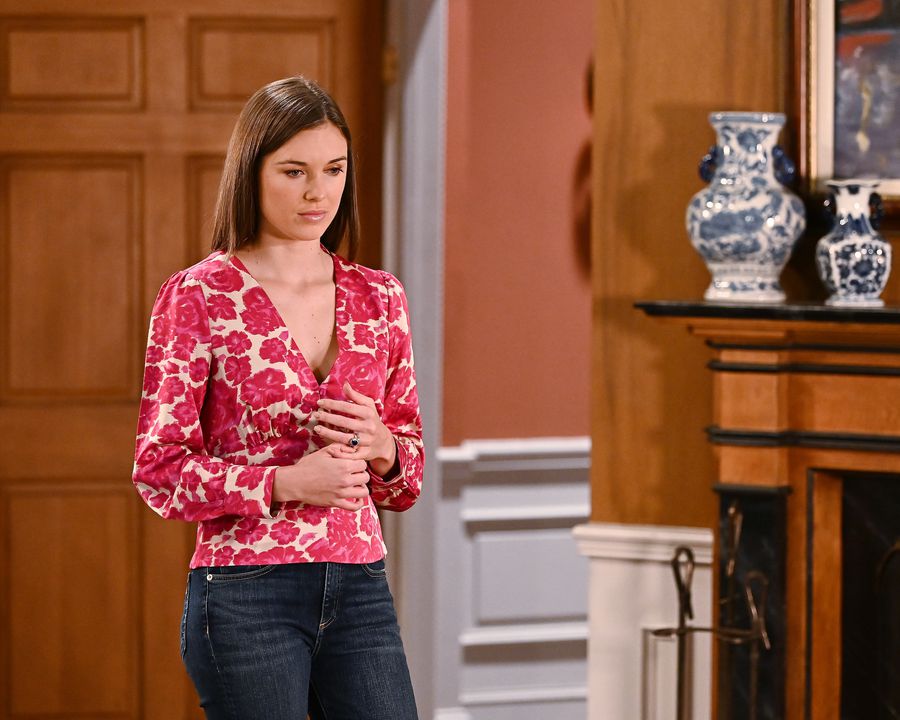 General Hospital (GH) spoilers for Friday, August 20, 2021, reveal in Port Charles, NY Willow and Chase sharing a few interesting moments together, as Chase tries to figure out what she plans to do next.

Chase (Harrison Chase) hasn’t taken those five steps in front of her yet, so Willow (Katelyn MacMullen) continues to pretend she is madly in love with him and can’t wait to be with him as man and wife. Chase was going to mention to her that he can now take steps, but he learned that she’s sleeping with Michael (Chad Duell) and wants to see how long she can keep this ruse going.

Now that Carly (Laura Wright) and Jason (Steve Burton) have set September 17 as their wedding day, Carly has to announce it to all. The day she’s been waiting for almost her entire adult life. Glory day! Carly will finally get Jason into bed once again — she hopes.

The first person Carly tells is Michael, who was once the baby she handed to Jason, saying, “Here, be his dad cause I told you to be his dad.” Michael looks a little off put by the idea, to put it mildly.

Maybe he can just feel that Sonny (Maurice Benard) is alive over on the Pennsylvania side of the river trying to kiss Nina (Cynthia Watros). However, Nina may be starting to feel guilty about her…omission of the truth.

There’s action at the Metro Court pool as it looks like Martin (Michael E. Knight) might be hitting on Anna (Finola Hughes). Or is Valentin (James Patrick Stuart) hitting on Anna? Either way, Valentin tells Martin to not get any ideas about Anna Devane.

Back at the Q mansion, Brook Lynn (Amanda Setton) tells someone that she welcomes their input. Does this have anything to do with Valentin? Stay tuned to General Hospital weekdays to see how these stories play out.