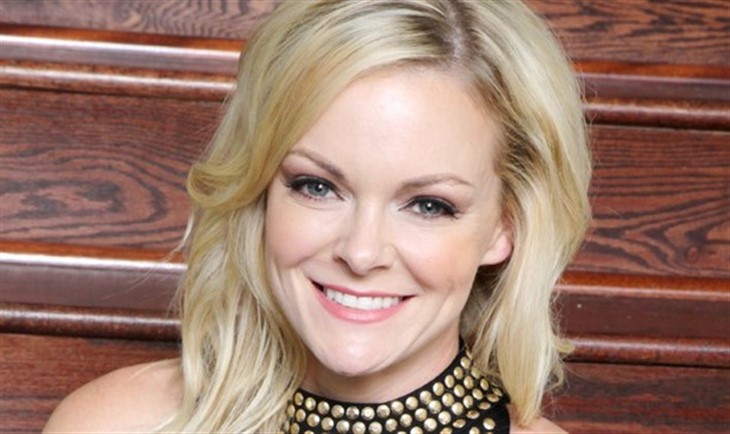 Days of Our Lives star Martha Madison turns 44 today, July 27, 2021, just as we have to miss Bell for a few weeks because of the NBC Olympic break. Learn more about the popular actress with these five facts.

Days Of Our Lives  News – Martha Madison Is A Texas Girl

While Madison may have been born in Newport News, VA, she grew up near Houston, TX where dance was her life. Although she earned a degree in psychology from Texas A&M University, she soon moved to New York to study dance at the American Musical and Dramatic Academy. Although she spent two years as a professional dancer, an industry forced her to give up her passion.

Although she couldn’t dance anymore, Madison knew she had to be a performer and switched gears to acting. By 2003, she made the move to Los Angeles to pursue a career and within a year she was in Salem bringing Belle Black to life, a role previously made popular by current General Hospital star Kirsten Storms. Madison played Belle from 2004-2008 and made a name for herself in soaps.

After her first run as Belle ended, Madison landed some episodic television work but found her way back to the continuing drama genre when she landed a role on the web soap, The Bay, on which she appeared from 2010-2014. That led to her hosting the radio show Soap Box with Lilly Melgar, who made her soap debut in the 90s as Lily Corinthos on General Hospital. Madison also made a brief GH appearance when she filled in for Rebecca Herbst as Elizabeth in 2011.

Madison is married to restaurateur AJ Gilbert and together, they have owned several popular eateries. When they tried to open their most recent restaurant in Texas, the coronavirus pandemic got in their way.

Madison moved herself, her husband, and daughter, Charley, to Texas to care for her mother, who was suffering from dementia. Sadly, her mom passed away in the spring of 2021. Her frequent travels kept her out of Salem and away from Days of Our Lives for a while, but so far we’ve had Belle back for nearly a year and hope it stays that way and that Martha Madison has a spectacular birthday today.