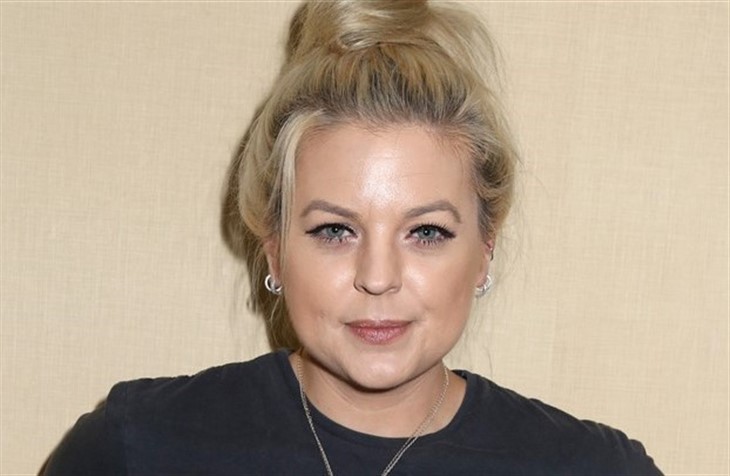 General Hospital (GH) spoilers for the week of July 26, 2021 reveal that Maxie Jones’ portrayer Kirsten Storms will not be seen in the immediate future due to a medical emergency.

Storms has been candid with fans about the need for brain surgery and the show has written around her absence. Elsewhere the Peter August (Wes Ramsey) mystery took a dramatic turn when a rogue pilot was grilled by Anna Devane (Finola Hughes) and Valentin Cassadine (James Patrick Stuart).

In previous days David Leeshock was seen as David Hopkins, the sneaky helicopter pilot who communicated with Peter August prior to his disappearance. The two cornered the wily pilot and pressured him into revealing key information.

When Anna’s charm offensive went south, Valentin put the drinker in a headlock and he was forced to answer their questions about his involvement with the MIA bad guy. He coughed up key intel, namely that he never picked up his passenger and gave a vague description of someone he saw on the roof with him.

Clever Anna was able to take the description, ‘a man in a dark suit,’ to mean Hamilton Finn (Michael Easton)—no wonder she is a super spy! The pilot was seen over the course of two days before the police showed up to escort him to a jail cell courtesy of Vanna.

Kirsten Storms is on leave from the show as Maxie Jones. The move is temporary and made to accommodate her recovery period from a scary surgery that took place last month.

Maxie is offscreen visiting her relatives while Storms recuperates at home.

Maxie’s absence was explained by her lack of being able to be around her secret baby Louise/Bailey. Brook Lynn Quartermaine (Amanda Setton) is helping her by passing the baby off as her own and Maxie was closing to blowing the ruse by constantly popping up to see her adorable daughter. The charade is necessary to protect the baby from her diabolical dad Peter August who is MIA. The town thinks he is hiding somewhere but he is supposedly dead although a startling plot twist could blow that theory out of the water in the coming days!

The Young And The Restless (Y&R) Spoilers: When Titans CLASH – Victoria Newman Conned?