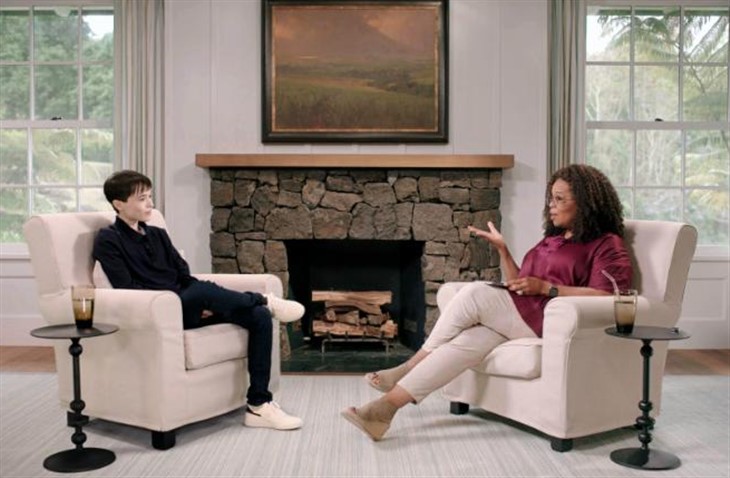 Elliot Page speaks about his decision to open up about his top surgery in his first on-camera interview with Oprah.

In a candid conversation for Apple TV+’s The Oprah Conversation, the actor revealed why he came forward with his health information during a recent interview with TIME magazine.

The 34-year-old actor told Winfrey, “I wanted to talk about it for a couple of reasons. I wanted to share with people just how much it has changed my life. And I want people to know that not only has it been life-changing for me, I do believe it is life-saving and it’s the case for so many people… and because there is such an attack on trans health care right now when already there is such a lack of access or trans people who don’t even want to go to the doctor.”

He Also Touched Upon Trans Health Care Legislation In The US

The “Inception” and “Juno” star also spoke out about the impact of transphobic legislation occurring in some U.S. states, like Texas where certain lawmakers are seeking to ban transgender youth from playing sports that match their gender identity.

Calling out these proposed laws as based on “actual, complete and utter lies,” Page continued, “If you are going to do this, and if you are also not going to allow trans kids to play sports, children will die. And it really is that simple.”

Page who came out as a transgender man in December 2020, has since gone on to speak about feeling “joy and excitement” at getting to be his authentic self.

In his first public interview in March, he told TIME that he had always felt pressured “to look a certain way” for his acting career – which began when he was 10- despite growing up feeling “like a boy” from an early age.

Speaking of the significant difference that coming out has made in his life, Page added, “For the first time in, I don’t even know how long, [I am] really just being able to sit by myself, be on my own, be productive, and be creative. It’s such an oversimplification to say it this way, but I’m comfortable.”