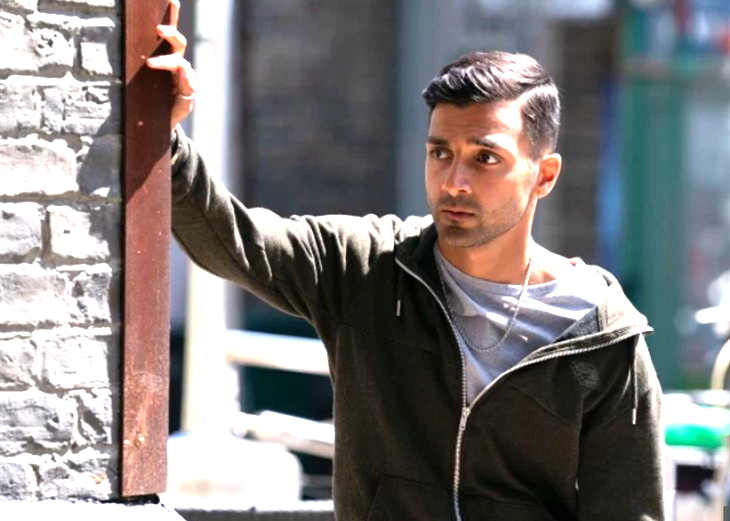 Eastenders Street spoilers reveal that Vinny Panesar’s (Shiv Jalota) idea could turn into a funeral. While Ben Mitchell (Max Bowden) and Kheerat Panesar (Jaz Deol) wait for Vinny to deliver a heap of cash, he’s cornered by a gang. Losing the money would be worse than death, so he fights all of them. Could his big idea cost Vinny his life or will he somehow survive?

Eastenders spoilers reveal that Vinny is the baby of the Panesar family. So, nobody really takes him seriously and doubts his capabilities. He is ready to prove them wrong. It seems that the Panesar reputation is negatively impacting the family business, so they go to Ben Mitchell with a proposition.

Later, Ben and Kheerat meet Stas at the Arches. Meanwhile, Vinny hangs back and holds onto the huge amount of cash. But the deal goes bad and Stas suddenly claims he doesn’t trust Ben. He demands his money back or he’ll destroy them.

Vinny tries to get to Ben and Kheerat as fast as he can, still holding on to the boatload of money. Suddenly, he is intercepted by a thief he crossed paths with earlier that day. Before he knows it, he’s surrounded in the alley by a gang of thieves. Of course, Ben and Kheerat have no idea what is taking Vinny so long, but Stas is getting impatient and angry.

According to Metro, Eastenders spoilers tease that Vinny only has one choice and that’s to fight the group of men. The actor explains that losing Stas’ cash would be worse than death. So, if he’s going to lose the money to a bunch of thieves, then they are going to have to pry it from hsi cold, dead hands. Jalot admitted that Vinny knows there is a possibility he could die. But he also knows his weaknesses, as well as his strengths.

“Vinny is thinking he could die, but he’s also aware that he needs to get this money to Kheerat by any means possible, even if that means fighting the thieves. If he loses the money, that would be end game for him. So, his survival instinct kicks in. It’s fight or flight. And even though he’s not the strongest of guys, he’s quick and fast.”

We have a gut feeling that Stas is setting up the whole robbery scene. One of the thieves was chased away earlier and warned of the Panesar reputation. Then Stas meets Ben and Kheerat in one location while Vinny is in another. Stas suddenly claims he doesn’t trust Ben and wants his money back. So, Vinny starts walking and that’s when he’s surrounded. It sounds like a setup. Will Vinny survive the gang of thieves and manage to get Stas his cash? Or will he end up dying? We will have to keep watching the BBC soap to find out how this story ends.