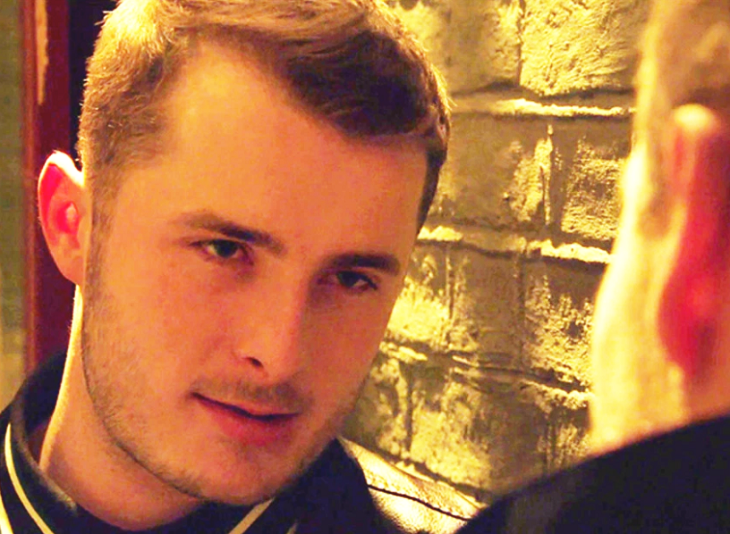 On “EastEnders,” Ben Mitchell (Max Bowden) tries to save whatever is left of his revenge plan against Phil Mitchell (Steve McFadden).

Based on the most recent episode, it would seem that he is on the verge of doing something that he might regret later on. Ben was last seen talking to a hit-man as he plots to have a relative killed.

“He would never do anything to us, or Phil. I’m sorry I worried you. Just forget it,” Lola told him. However, that didn’t quell Billy’s suspicions. After talking to Tina Carter (Luisa Bradshaw-White), Billy decided to tell his cousin the truth about Ben.

Elsewhere, Ben tried to convince Lola that he did what he had to do to make sure that she gets a better future. He also reminded her that he won’t be the only one in Phil’s firing line once he finds out the truth.

Ben manages to convince Lola to keep quiet but not Billy. He followed through and told Phil everything. Phil confronted Ben, who strongly denied the accusations, leaving Phil confused as to who he should believe.

Ben insisted that all he ever wanted was to bring the Mitchell’s back on top and rule the Square. Ben also desperately tried to regain Billy’s trust, but the later was in no mood to believe whatever he had to say. Instead, he gave Ben a stern warning not to involve Lola in his schemes again. He also emphasized that he has Phil’s support.

Billy’s warning may have triggered Ben to take his plotting up a notch. He comes up with a darker plan, which could lead to Billy’s demise. Ever since Bowden took over the role, his character, Ben has been involved in major and controversial storylines including his involvement in human trafficking, plotting against his father, and having his half-sister kidnapped.

His evil plans may have reached their climax. Who is he planning to kill? Is he willing to get himself involved in murder just to get revenge on his father?

Coronation Street Spoilers: Are Shona And David Splitting Up?