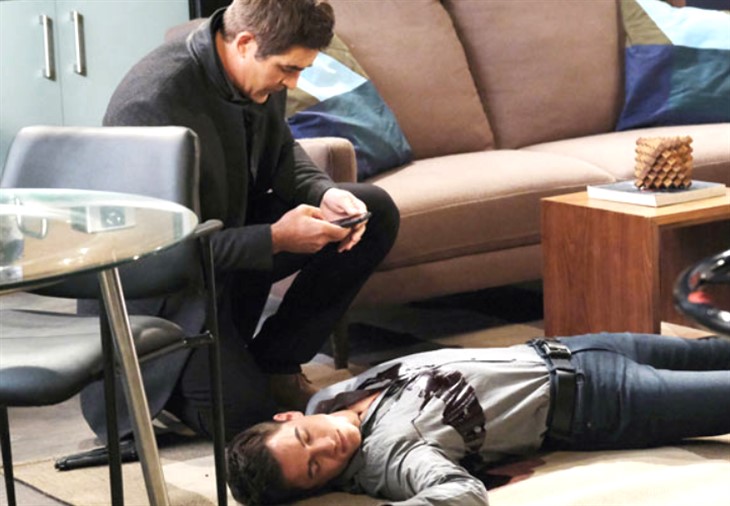 Days of Our Lives (DOOL) spoilers say that if there’s one thing that fans love the most, it’s a good murder mystery and it looks like we have gotten one thanks to the mysterious details surrounding Charlie Dale’s (Mike Manning) demise. Thankfully, we’ve got the scoop right here. Read on for all of the latest spoilers.

Days Of Our Lives Spoilers – Is Salem Going To Find Out Who Killed Charlie?

According to the latest edition of Soap Opera Digest spoilers, Days of Our Lives Head Writer Ron Carlivati admits that it wasn’t always in the plans to kill of Charlie. But seeing how he caused Allie Horton (Lindsay Arnold) so much pain when he sexually assaulted her during that one ill-fated night in London (and ultimately resulted in her pregnancy), the writing team knew something had to be done with this character.

Even though Charlie is dead, fans know that you are never really dead in this fictional town of Salem, even if that bullet directly hit the heart. But when it comes to Charlie Dale, it’s without a doubt that almost anyone in Salem can be a suspect in his death. That’s because there are more than a handful of people who want this man dead for what he did to Allie Horton.

Now, as far as who the number one suspect is, remains to be seen. While some DOOL fans might believe it to be Allie, they might want to think again. Carlivati told the publication, “Allie, who had buried this memory, had accused the wrong guy and then finally remembered who had victimized her. You would think her, as his worst victim would be the one who has the most reason to want him dead. And then you have everyone surrounding her, her parents, Lucas and Sami. You think, ‘If someone did this to my child, I would kill them.’ You also have Kate in there as Allie’s grandmother.”

With that said, here’s hoping that fans will find out who had done it sooner rather than later. Needless to say, DOOL fans will have to tune in each and every day to find out what will happen next. Check your local listings for times.