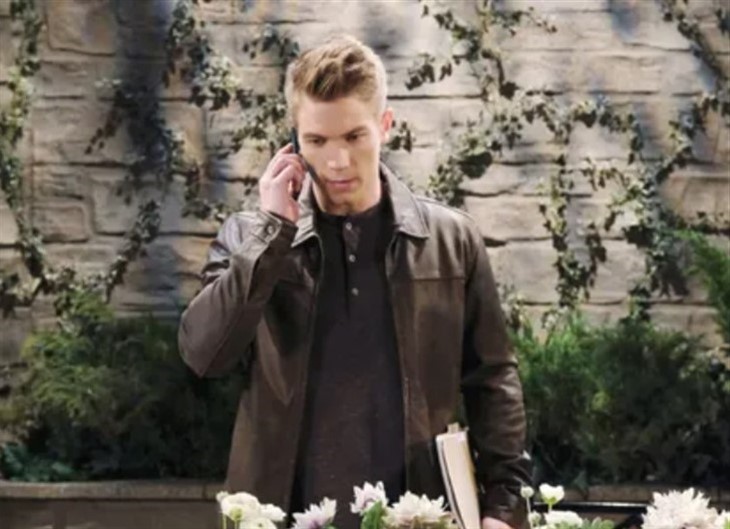 Days of Our Lives (DOOL) spoilers tease Tripp plays mind games with his brother. He tells the rapist that he will help him and won’t write him off. He tries convincing Charlie that they are blood and family is forever no matter what. However, he wants one thing in exchange. What is Tripp doing and how will Charlie respond?

DOOL spoilers reveal that next week, Tripp will realize he forgot his phone in Charlie’s apartment. Thinking he isn’t there, Tripp lets himself in and goes to retrieve his phone. However, he is stunned to suddenly face his brother and the situation gets volatile.

The two men start off by firing accusations at each other. Even though Charlie is guilty of raping Allie Horton (Lindsay Arnold), he is beginning to believe his own lies. Charlie actually says that he’s being framed for Tripp’s crime. Most likely, Charlie is worried that his brother could be secretly recording the conversation. He doesn’t plan on being convicted of a crime by confessing to anyone, even though it’s true.

Days of Our Lives spoilers reveal that Adams explains what is going through Tripp’s mind as he tries tricking Charlie.

“Tripp is a family-oriented person, so he is saying, ‘You’re my brother, you’re going to do this. I won’t leave you if you have done this, I won’t write you out of my life. I want you to know that. I will be here to help you work through your problems, but you have to admit to what you’ve done and own up to what you’ve done.”

Even though it seems like Charlie is thinking about what Tripp is saying, the moment is short-lived. Charlie soon explodes with rage and tells Tripp to leave immediately. The moment is actually broken by Steve “Patch” Johnson (Stephen Nichols), who calls Tripp. If that phone call never happens, Tripp might succeed in getting his brother to confess. Now he’s going to have to try to get the truth out another way. However, it seems that Charlie’s end won’t be prison. A gunshot echoes throughout Salem and it is suggested that Charlie dies from the wound. But who pulls the trigger?