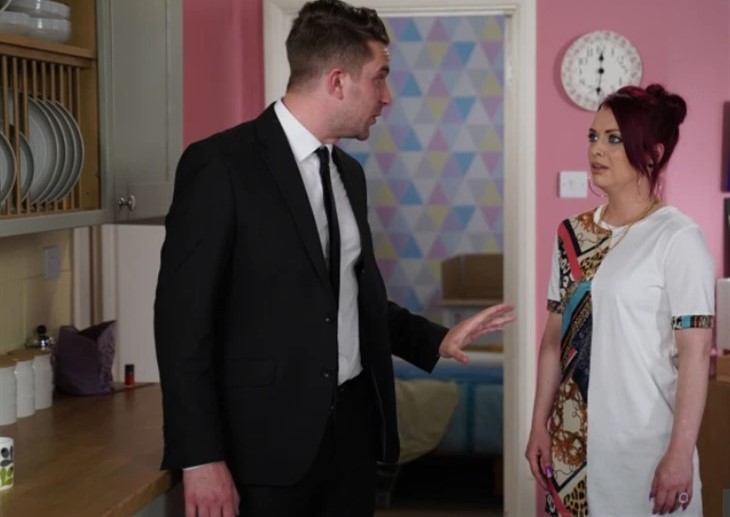 Callum already had some doubts about his upcoming wedding with Ben after Vinny Panesar (Shiv Jalota) pointed out some contradictions while he was practicing his wedding vow. In Callum’s vow, he promised to always be honest. But Vinny questioned him if he truly believes Ben can do the same given his shady past.

Meanwhile, Whitney is convinced that Phil Mitchell (Steve McFadden) and Ben were the reason behind the untimely demise of her fiancé Kush Kazemi. What she doesn’t know is that Gray Atkins (Toby-Alexander Smith) was the one who pushed Kush in front of a moving train, all because he didn’t want Whitney to move to Dubai. Plus, Gray is doing his best to come up with evidence to frame the Mitchells for Kush’s murder.

Whitney was unable to contain herself when she came across Callum at the Vic. She didn’t waste time and confronted him right away when he tried to check on her. She also made it clear that she’s not coming to his wedding.

She asked him why he’d marry Ben if he valued good people. She then accused The Mitchells of the one who had Kush killed.

“Wake up, Callum. The Mitchells killed Kush. He grassed them up, and what do they do to grasses?

She even dared Callum to look her in the eye and say that he’s absolutely sure that they had nothing to do with it.

“We’ve been here before Callum. If you have any doubt that bloke you’re marrying, then you of all people know you should not go through with it,” she said.

The confrontation with Whitney left Callum even more conflicted. Will he decide to cancel the wedding? Or is there something else that may force the couple to postpone their nuptials?

Why Does 90 Day Fiancé Star Jovi Dufren Travel So Much For Work?