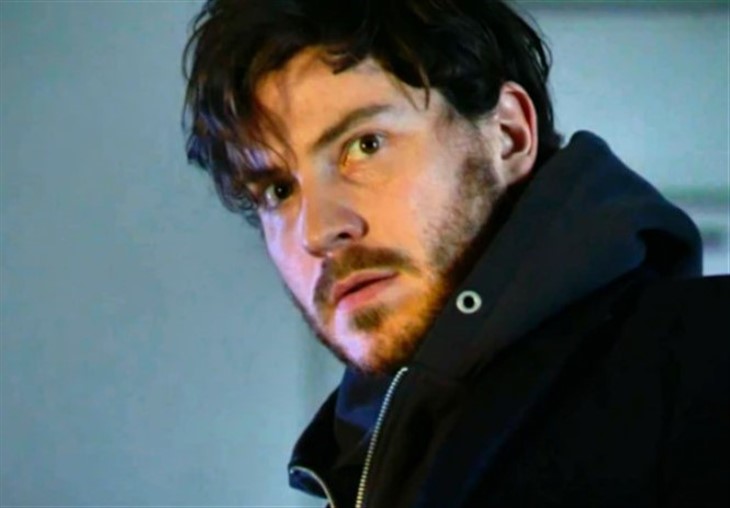 Gray (Toby-Alexander Smith) murdered Kush (Davood Ghadami) last month by pushing him in front of a moving train just before his departure for Dubai with Whitney. It was his desperate move to keep Whitney (Shona McGarty) close to him and had made it look like a tragic accident planned by the Mitchells.

While Whitney Dean is seething in the wake of her fiancé’s death, Gray Atkins offers his shoulders to cry on, hiding his murderous and manipulative nature.

Ever since Gray’s wife Chantelle Atkins’ (Jessica Plummer) death, lawyer Gray has been relying on Whitney to support his two children. However, he was furious when Whitney announced her engagement to Kush rather than accept Gray’s advancements. After killing Kush because he couldn’t bear Whitney leaving his side, Gray advances his plans after learning Whitney can’t travel to Dubai for Kush’s funeral.

“I met the perfect man and there was a split second where it all could have worked out and now I don’t even get to say goodbye,” Whitney said. “Don’t worry, I’m here for you,” the sinister lawyer reassured.

Gray comforts and talks Whitney out, instating her to believe the Mitchells are behind the incident. He finds a way to connect to her pain by grieving for the loss of his partner. With Whitney struggling to move on, Gray might convince her over time that moving away from Walford to make a fresh start together is the best antidote to her pain.

Elsewhere, Ben Mitchell (Max Bowden), feeling lost after knowing his partner Callum Highway (Tony Clay) had been lying to him for months about attempting to take down Phil (Steve McFadden) while undercover. He struggled to forgive him after his confession of Callum betraying his soon-to-be father-in-law, but Callum persisted that he would be waiting at the altar on their big day.

While Gray plays mind games with Whitney, Kathy Beagle bursts in, frantic about his son Ben’s whereabouts since it’s his wedding day to Callum.

Whitney, although grieving, can’t hide her joy after learning that Ben and Callum’s wedding might go down the drain. Previously, Whitney has warned her ex Callum to wake up and not marry the “worst” while believing the Mitchells are responsible for Kush’s death.

It seems like Whitney finds a competition toward Callum’s wedding mishap since Phil finds out from Halfway’s brother Stuart about Callum’s betrayal to the family.

Callum’s portrayer Tony Clay has recently teased the media for a big showdown for Phil and Callum on their big day: “This is the build-up to the wedding–ironing out the creases before we get there! There has to be a confrontation between Callum and Phil.”