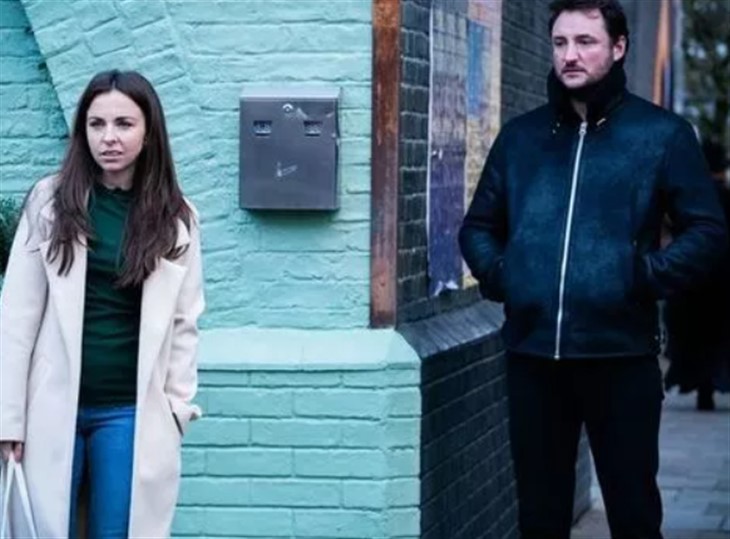 Eastenders spoilers and updates tease a shocking split for Martin Fowler (James Fowler) and Ruby Allen (Louisa Lytton) as the couple continues to face marital problems in the coming episodes. What will be the cause of their breakup? Will they manage to patch things up before it’s too late?

In upcoming scenes, Martin will go out for a drink with Zack Hudson (James Farrar). But the two end up drinking too much and Martin will wake up with a major hangover. He won’t be able to accompany Ruby to her doctor’s appointment and the latter will be left unimpressed by her husband’s behavior.

Martin confides in his former mother-in-law, Jean Slater (Gillian Wright), about his marital issues. He tells her that he’s losing Ruby and if they split, his children won’t have a home. Later on, Jean will have a serious talk with Ruby. She’ll ask her if there’s any way that she can love Lily Slater (Lillia Turner), her stepdaughter.

When Ruby returns from her doctor’s appointment, she’ll have a serious talk with Martin. She’ll ask him for his support and the latter will promise that he’ll always be by her side.

Things haven’t been smooth sailing for the couple since they got married. One of their latest issues involves Zack who’s trying to flirt with Ruby.

Spoilers reveal that Zack will continue to flirt with Ruby. Martin will be annoyed when he sees Zack talking to his wife about promoting Sharon Watt’s (Letitia Dean) gym at Ruby’s club. Zack’s flirtatious acts will continue while Sharon and Ruby exchange details for the launch event.

Unfortunately, Lily also spots Zack flirting with Ruby and she asks her stepmother if she fancies him. The question infuriates Ruby and she tells her to stay out of her business.

Viewers know that Lily has unfinished business with Ruby given that the latter sent her mom, Stacey Slater (Lacey Turner) to prison for a crime she did not commit. Ruby wrongly accused Stacey of the reason why she had a miscarriage because she pushed her down the stairs. She even convinced Martin to report Stacey to the police. Since her mother’s arrest, Lily has been forced to stay with Ruby and she’s been acting out since then.

Lily will do all she can to get back at her step mum so she tells Martin that Ruby spent a lot of time with Zack while he was away to attend Kush Kazemi’s (Davood Ghadami) funeral. She even added that Zack spent the night together, which leaves Martin furious.

Will Martin confront Ruby? How will she take the accusation? Will this be the reason behind their split?