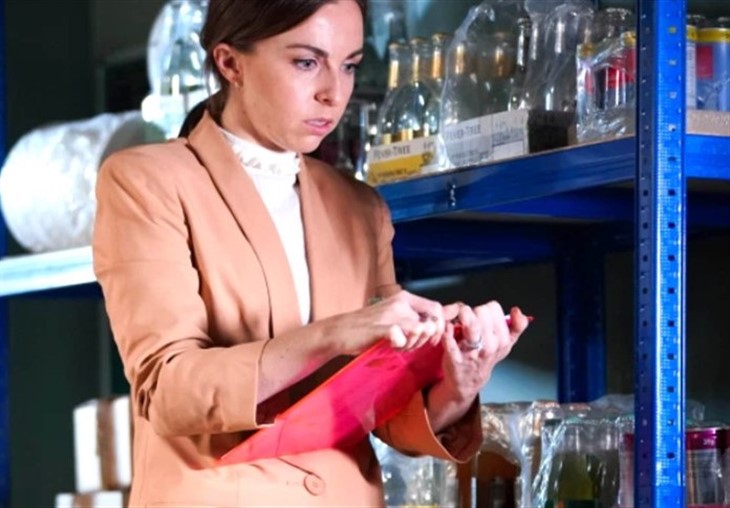 Eastenders spoilers reveal that Ruby Allen (Louisa Lytton) lied to Martin Fowler (James Bye) about being pregnant. In a shock twist, she really is expecting and is currently 7 weeks along. However, Martin thinks she’s 12 weeks pregnant. This week, she gets into a fight with Stacey Slater (Jessie Wallace) and falls down the stairs. Could she blame Stacey for her miscarriage?

Eastenders spoilers reveal that Martin married Ruby, but it was a spontaneous decision without much forethought. Martin has been questioning who he married, especially since he is getting closer to his ex-wife, Stacey. In fact, Martin admitted that he feels like Stacey truly understands him. Scared of losing her husband, Ruby faked a pregnancy. But now she finds out that she really is pregnant, but she’s 7 weeks, not 12 weeks along. As she struggles to come up with a plan to hide the truth, there is an accident.

Eastenders spoilers reveal that Ruby is desperately trying to hold onto Martin. However, she can’t stay pregnant forever and one day, he is going to leave. Part of what is driving him away isn’t the fact that Stacey is back, it’s more that Ruby continues creating drama. The whole situation is driving Martin crazy and he doesn’t like what he sees in Ruby.

This week, Ruby and Stacey will get into another screaming match. During the argument, Ruby falls backward and lands at the bottom of the stairs. When she realizes that she is bleeding, she fears that the fall may have caused a miscarriage. So she rushes to call the hospital and find out what to do.

Ruby will do anything to drive a wedge between Martin and Stacey, which she thinks will save her marriage. Even though Ruby’s fall was an accident and Stacey didn’t push her, Martin wasn’t there. If she has a miscarriage, Ruby will probably use it to her advantage.

She could tell Martin that Stacey pushed her down the stairs and is responsible for murdering their unborn child. Ruby hopes that it will make Martin hate his ex-wife, but all secrets get exposed eventually. When Martin finds out the truth, he will be disgusted and horrified. It’s pretty much guaranteed that Ruby will lose him forever and she can’t blame Stacey for that. She destroyed her marriage all on her own.

What do you think is going to happen when Ruby falls down the stairs? Will she lose the baby and blame the miscarriage on Stacey? How will Martin end up finding out the truth and what kind of consequences will Ruby have to face?