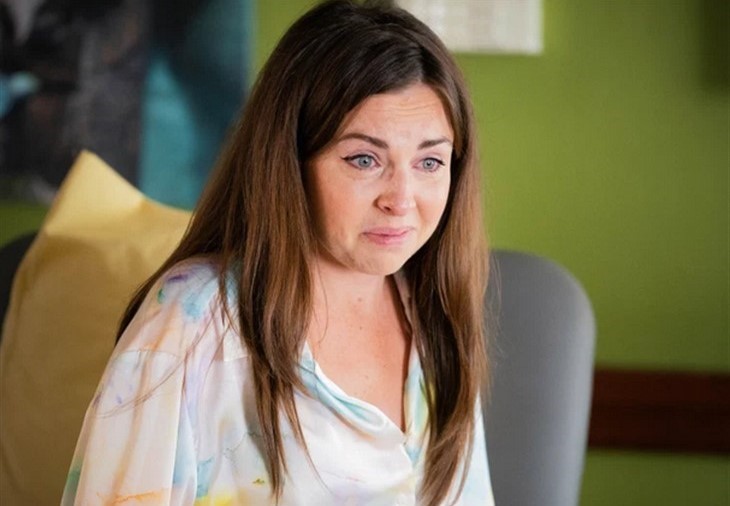 EastEnders spoilers hint that the truth about Stacey could be revealed soon by none other than Ruby. As viewers know, Ruby’s actions lead to Stacey being falsely accused of a crime she did not admit and separated from her family. In upcoming episodes, Ruby is going to feel guilty about her prior actions and how previous lies. This may lead to her confessing to everything to Jean Slater. How will things turn out for Ruby?

Ruby Allen (Louisa Lytton) has made some harmful decisions recently especially when it comes to Stacey Slater ( Lacey Turner ) as viewers may know, Ruby, framed Stacey by saying that she was pushed down the stairs by Stacey which lead to her having a miscarriage. This lead to an investigation which would lead to Stacey facing prison time. After talking to Jean Slater (Gillion Wright), it seemed like she had a change of heart about sending Stacey to prison. However, instead of dropping the charge, she lied to Jean saying that she tried but could not.

Ahead of Ruby’s follow-up appointment, Jean visits Ruby after noticing that she received a large amount of money from Ruby. Jean was not happy to learn that Ruby sent her money and felt that she was being treated like a charity case by Ruby. She will then try to return the money to Ruby. However, instead, she decides to keep some of the money after a conversation with Ruby and also offers to accompany her to her upcoming appointment. It seems that the guilt of what she did will begin to weigh heavy on Ruby after the appointment. She may decide to come clean about her part in sending Stacey to prison.

Jean already had a feeling that Ruby made up the story about Stacey pushing her down the stairs. So it might not come as a big surprise to her that her suspicions were correct. However, how will everyone else react to this new information? Martin Flower (James Bye) will be the most surprised by the upcoming revelation as he did not believe Stacey when she said she was being framed by Ruby. Do you think that Ruby will finally come clean about what she did? How might this affect her relationship with Martin going forward? How will Martin and Jean react to this new revelation?

DOOL Spoilers Friday: The Day ‘Cin’ Fans Have Been Waiting For?