Will EastEnders Character Tiffany Butcher Die In The Show? 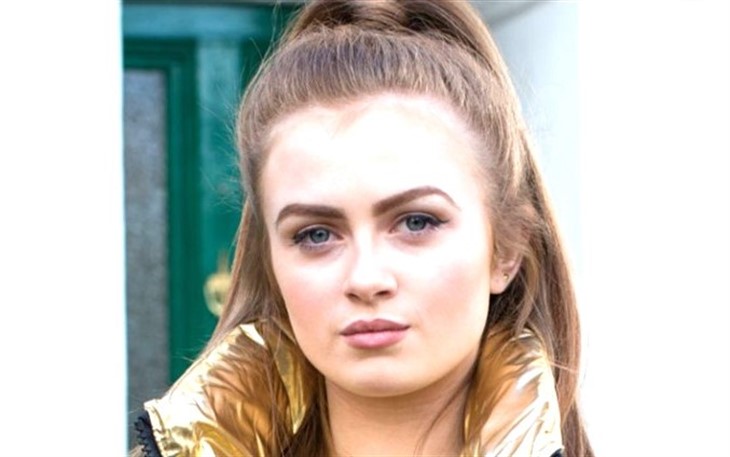 EastEnders character Tiffany Butcher is acted by Maisie Smith and fans of the BBC1 show know she has a rather tragic story. In fact, she hasn’t been well after she used cosmetic fillers that went wrong. Naturally, Keegan Baker played by Zack Morris stresses a lot about her health. So, some fans fear that she might be killed off by the writers. Adding to these fears is the news that Masie Smith might depart from the show in the near future. So, will Tiffany survive? Read on to find out.

Tiffany Butcher ended up in several situations that came about through bad choices or a lack of good judgment. Earlier this year, fans saw that she become involved in Dotty Cotton’s dodgy doings at the club. Well, offered a position there to help with a lack of funds, she thought about it for a bit. However her husband, fortunately, hated the idea, so she canned it. However, she did get involved in a  fracas with a customer who clashed with Dotty. Later when she shopped, she bought a dress funded by Dotty, and that involved her in a potentially dangerous situation as Dotty overcharged her customers.

EastEnders star Maisie Smith played the role of Tiffany every well, and fans saw her as a young and somewhat compulsive woman. In fact, she married Keegan (Zack Morris) against objections, and they struggled a bit with their marriage. At one stage, Keegan actually left her, but they reconciled. Not the main storyline of the show, fans nevertheless became attached to her. Plus, fans really don’t like change and they certainly hate it when their favorite characters die off. So, need they worry about Maisie leaving?

Tiffany Butcher faces some trials and problems right now. In fact, she started taking too many diet pills, apart from the cosmetic issue. Plus, there’s a tie-in with Dotty who feels all twisted up about slipping between the sheets with Keegan. If she’s unhealthy, unhappy, and obsessed with those diet pills, perhaps the writers could kill her off easily enough. The speculation on that possibility arose when the news came that revealed that Maisie would leave the show.

Fans of EastEnders need not stress too much about Tiffany Butcher, at least for now. According to The Daily Mail, the production team leaves an opening for her return. Or, potentially, if that doesn’t happen, a replacement actress. Still, it might mean that fans will see her leave Walford for a bit. Possibly, she finds out about Dotty sleeping with Keegan and decides to go away for a bit. At least for now, fans can take heart as it seems that her character doesn’t actually die off.

Other news from the BBC1 show that emerged this week, doesn’t involve Tiffany Butcher played by Maisie Smith. The Sun UK reported that Chris Charles who played the role of Jerome on the show will move across and star as Nate Denby in Hollyoaks. Recall, he became involved in a love triangle with Stacey and Martin Fowler.

Remember to check back with us often for more news, updates, and spoilers about the cast of EastEnders.