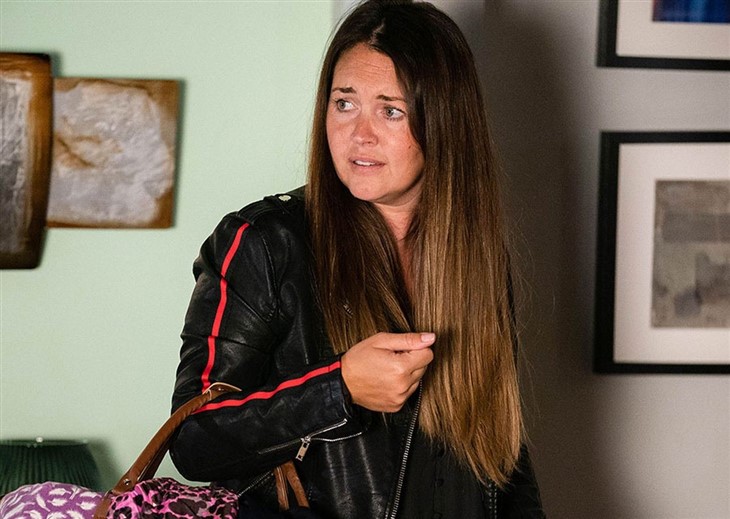 EastEnders Spoilers brings more information on the marriage between Eve Unwin (Heather Peace) and Stacey Slater (Lacey Turner). As viewers know, Eve and Stacey were cellmates and connected as friends during the time that they were in the prison. During that time, they got married which was helpful for the both of them. However, viewers also know that Jean Slater is not happy about the two being married or even Eve being around Stacey as she see her as trouble. So what’s next for the two and where will this lead them?

Stacey and Eve have been revealed to have married in order to help each other to get out of prison. This was a twist to Stacey’s return. It seems even Lacey herself was very surprised and delighted by the twist. During an interview with RadioTimes.com, she stated, “I thought it was great, I was looking forward to coming back and Stacey never disappoints as there’s always a big drama.”

The marriage is a marriage of convenience mostly helping out Eve who Stacey had grown close to during the time of her prison stay. Lacey states that Stacey is ready to save Eve and knows that their marriage is the only way that Eve was able to get out of Prison.

Lacey goes on to say, “[Stacey] will go to great lengths to help the people she cares about, so offered to marry Eve and let her live with the Slaters. It’s not romantic in any way, Eve is gay but doesn’t fancy Stacey, she’s grateful for what she’s doing and they love each other like family.”

Stacey does have second thoughts about bringing Eve with her. Eve is bringing in some trouble to the Square and Stacey is wondering if she made the right decision after all. Stacey wants to stay out of trouble but it seems that with Eve around that might not happen. “Rather naively she thought nobody would need to know they were married as it was just a formality, which is why she didn’t tell her family [until now]. She’s trying to do a good deed.”