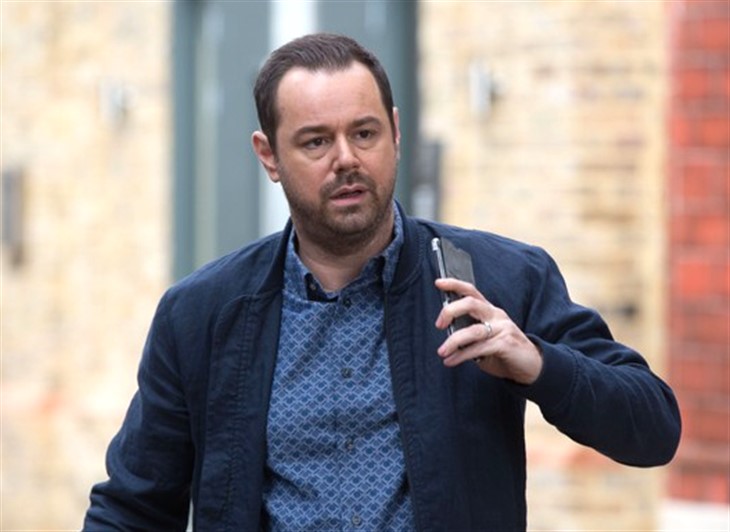 EastEnders spoilers hint that Mick Carter (Danny Dyer) is set to return to Walford in upcoming episodes. As viewers know, Mick and Linda Carter recently left Walford due to Rainie who was obsessed over trying to prove that Linda’s baby was not Mick’s but instead was the child of Max Branning (Jake Wood). As viewers know Max and Linda were having an affair when Mick had pushed Linda away. This resulted in Linda becoming pregnant with Max’s child. Rainie Highway (Tanya Franks), who is trying to get Max to come back, decided to harass Linda over who the father of her child is. In order to avoid Max and the stressful situation, they decided to leave Walford for a while. However, Mick will be making a return soon. However, he will not be met with a happy homecoming.

Mick Carter will be returning to Walford and will stumble upon

Frankie Lewis (Rose Ayling-Ellis) and Nancy Carter’s (Maddy Hill) feud reaching a boiling point. In the episodes set to air next week, Frankie’s driving test date is coming closer for her and she is continuing to argue with her sister, Nancy. She goes to take her exam and as soon as she returns she is told by nancy that she messed up a drink order. Tired of the digs that Nancy has thrown at her, Frankie becomes fed up with the back and forth and throws a drink onto Nancy. Janine Butcher watches on clearly amused by the sibling rivalry going on in front of her. Especially seeing that the two are chasing each other around the Vic.

Mick, however, is not happy to see the scene when he walks in with Ollie in tow as the two sisters are going at it. Mick starts scolding the two sisters about their behavior and notices that Janine is in the pub. Mick is confused to see Janine there in the Vic. Frankie later admits that she was wrong for throwing the drink on Nancy but Nancy is clearly not in the mood to forgive Frankie or apologize for her part. Nancy is even more upset to find out that Mick had brought a car for Frankie as a present. However, later on, the car breaks down to Nancy’s delight. It seems that the two will continue to go at it next week due to the incidents of Nancy’s accident.

Days Of Our Lives Spoilers: Does Susan Banks Hold The MarDevil Key?