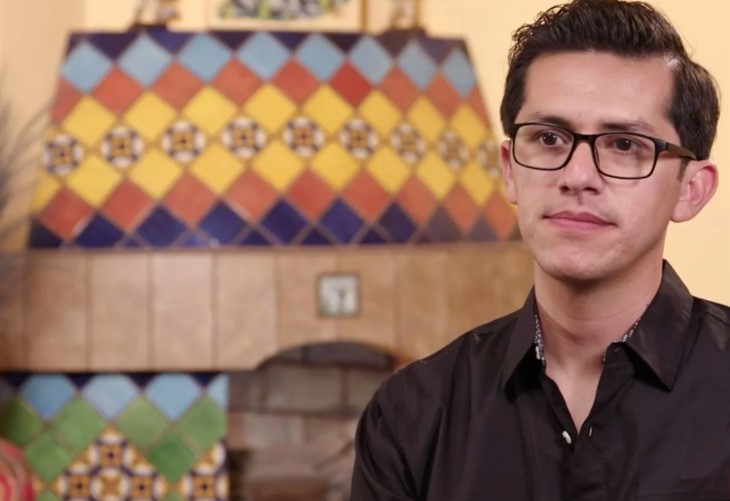 From the start, 90 Day Fiancé: The Other Way star Armando Rubio’s relationship with Kenneth has had a roadblock from his father. Now, as the wedding draws near, he calls his father in a last-ditch attempt to get him to attend the celebration. While Armando would love his whole family to be at the wedding, his father believes it would be better if he simply stays at home.

Despite everything that has happened so far, Armando truly wants his father to come to his wedding to Kenneth. However, he isn’t getting his hopes up. In a teaser for the episode of Sunday, October 31, he tells the cameras, “Knowing that my dad is still not where I thought he was mentally, it’s extremely difficult to contact him to tell him about my wedding ’cause I know he doesn’t want to hear about it. It’s like, I know that I’m calling only to be hurt.”

In a last-ditch effort, Armando calls his father to give him a chance to change his mind. Taking a deep breath, he calls his dad to “personally invite” him to the wedding celebration. Meanwhile,

After hearing those heartbreaking words, Armando suggests the possibility of his father coming to the ceremony, but not the reception. Again, his father answers in the negative, saying, “I’m uncomfortable with that.” Meanwhile an obviously upset Armando responds, saying, “I won’t be
comfortable with you not there.”

His father explains that he supports Armando and will always support him, but right now, he’s not ready to be there. While Armando’s mother and sister will be attending, the realization that his dad refuses to come is truly upsetting for Kenneth’s fiancé.

“To hear from his own voice and him confirm that he isn’t coming to the wedding is hard to hear. I wasn’t expecting to hear this,” Armando says. He did tell his father that there will be a chair and food for him should he change his mind, but he knows it isn’t likely to happen.

Watch this episode of 90 Day Fiancé: The Other Way on Sundays at 8 pm ET on TLC.