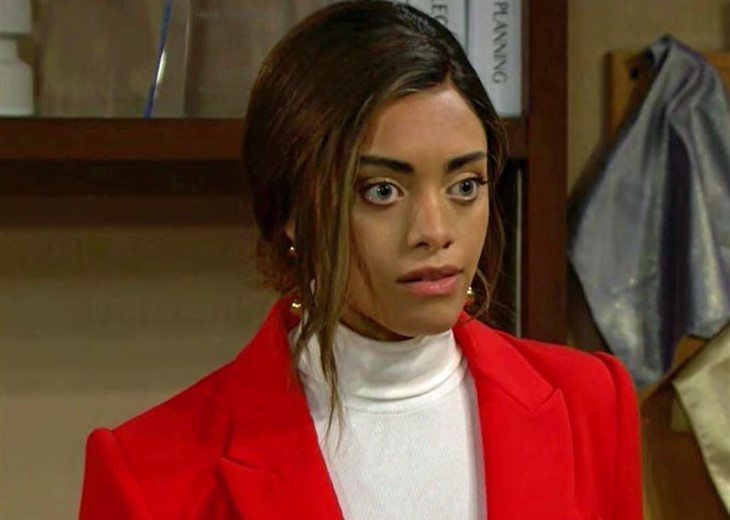 The Bold and the Beautiful spoilers reveal that Zoe Buckingham (Kiara Barnes) is determined to save her relationship. Carter Walton (Lawrence Saint-Victor) would be a fool for taking her back. If Zoe doesn’t get what she wants, she could become obsessed and start stalking him. After all, she has a history of hunting down the men who run away from her.

The Bold And The Beautiful Spoilers – Carter Walton’s Final Decision

B&B spoilers reveal that Zoe tries to romance the pants off Carter. She is desperate to prove that she loves him. However, actions speak louder than words. He’ll never get her betrayal out of his mind. It’s not like she was drunk and fell into some guy’s bed. She was clear-headed and completely sober when she actively pursued Zende Forrester (Delon de Metz). She flirted shamelessly at work, she serenaded him with song, she chased him home, and wouldn’t take no for an answer. Even when he outright rejected her and reminded her of Carter, Zoe didn’t care. That shows the level of her love and respect for Carter… it’s nonexistent.

During the week of March 8, Carter will make his final decision about Zoe. There is a chance he could walk away from her forever, but don’t expect the model to give up.

It seems that as time goes on, Zoe’s mental stability seems to be getting worse. It is teased that Detective Sanchez (Jimmy Ray Valdez) and Lt. Baker (Dan Martin) show up in the next few weeks. We’re thinking Zoe gets dumped, so she blames Paris once again, and might even become unhinged and attack.

The Bold and the Beautiful spoilers reveal that Zoe then could become obsessed with getting Carter back. Now that Thomas Forrester (Matthew Atkinson) is over his fixation with Hope Logan (Annika Noelle), there has to be a new villain. That very well could be Zoe. She doesn’t have much self-respect and it shows. She should simply accept the break-up, take it as a learning lesson, and do better with the next guy. Instead, she’s repeatedly begging for another chance… even embarrassing herself by doing it in front of others. We expect this to spiral.

Remember when Zoe first appeared on the soap? She followed Xander Avant (Adain Bradley) all the way from London to Los Angeles. She hunted him down like he was prey and wouldn’t accept that he was literally running away from her. We expect her breakup with Carter to go the same way. Except it will be amped up and multiplied because she’ll become completely deranged before she gets a redemption story. And yes, they almost always get redeemed. It’s not a matter of if, but when and how.