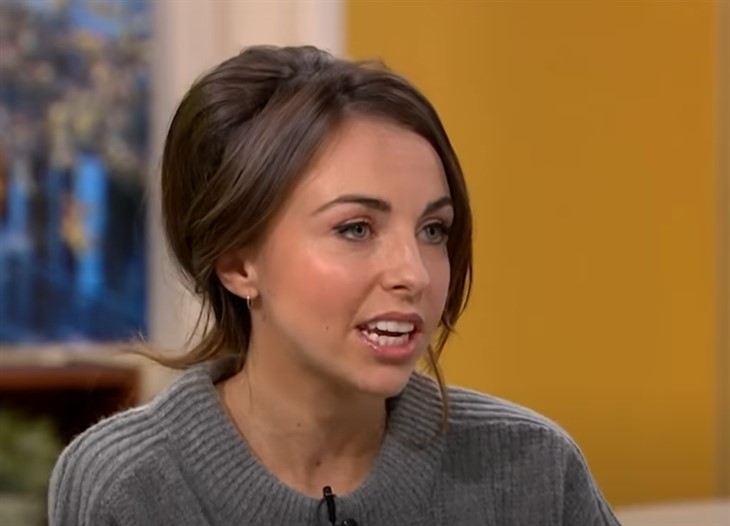 Eastenders spoilers and updates reveal in an interview with Loose Women, “EastEnders” star Louisa Lytton, who plays Ruby Allen, shared what it was like to shoot her character’s endometriosis plot while being pregnant in real life. The actress described it as “a strange time.”

Lytton revealed that she was more stressed but admitted that the Endometriosis storyline was important for her. So, she told her bosses that she wants to continue to be part of the story and discouraged them from putting it on hold because of her pregnancy. She added that it’s the job and it’s no one’s fault.

Lytton announced that she’s expecting her first child with her fiancé Ben Bhanvra last week. It was only a few days after that it was revealed that Ruby discovered that she has endometriosis after going through a devastating miscarriage. Endometriosis is a painful condition that will affect many aspects of her life including the possibility of becoming infertile.

The actress also shared some hints about the current storyline. “We start to see that’s where the complications come from, and for the next few months we delve into endometriosis, what it’s like to have it, what problems it can cause,” she explained.

“EastEnders” and Endometriosis UK worked together on this storyline. Viewers will see Ruby and Martin Fowler (James Bye) struggle and cope with the condition. Endometriosis UK’s Communications and Campaigns Manager, Faye Farthing, commended the show for tackling the topic of endometriosis and helping stop the stigmas linked to this health condition.

In the same interview, the 32-year-old actress also admitted that she was devastated when they had to cancel their wedding plans because of the coronavirus pandemic. Since they couldn’t say their I do’s any time soon, the pair decided to start a family.

They were both ecstatic when they found out that they were expecting a child. She also shared that she enjoyed drinking tequila the night before she discovered her pregnancy. The actress is also happy to say that she made it through the first 12 weeks of pregnancy wherein her appetite went through the roof. But she’s feeling a lot better now.

Lytton and her finance are both excited to welcome their little bundle of joy and become parents. But they were also a bit sad because they recently found out that their wedding could go ahead as the country goes out of lockdown. Unfortunately, it’s too late because they’ve already canceled the wedding.