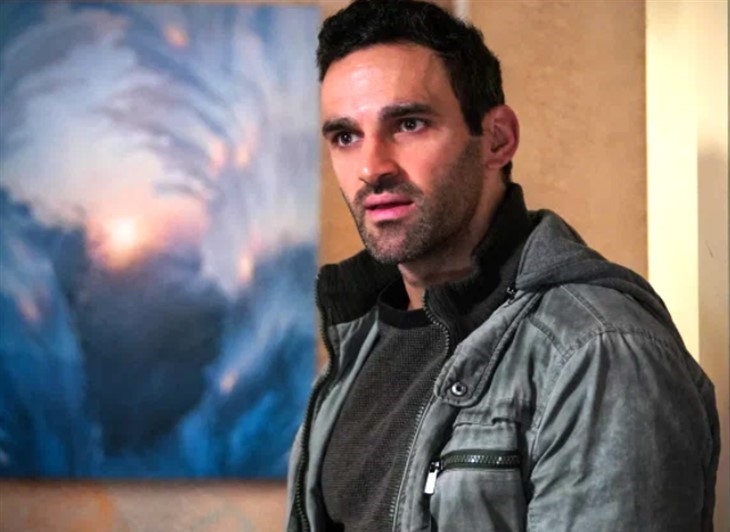 Eastenders spoilers for Monday reveal that Stacey Slater (Lacey Turner) is really starting to worry about Kush. She keeps calling but he doesn’t pick up. Finally, Arthur Fowler (Hunter Bell) answers and tells Stacey that they are going on a plane. She’s confused, but Kush suddenly gets on the line and makes a desperate threat. He says that if she calls the police, she will never see her little boy ever again. Also, Jack has some bad news for Callum Highway (Tony Clay) and Sonia starts to break down.

On Tuesday’s episode, Jack puts his new plan into action. Also, there will be fireworks when Jack delivers some good news to Denise. However, Lucas Johnson (Don Gilet) is watching them from a distance. Stacey will get a surprise, but she’s not the only one. Ruby Allen (Louisa Lytton) gets a shock and she scrambles to give Martin Fowler (James Bye) an explanation for her behavior. Meanwhile, Sonia will continue struggling, which causes her to snap. Ash Panesar (Gurlaine Kaur Garcha) suggests she needs to take a break.

Eastenders spoilers for Thursday reveal that Patrick Trueman (Rudolph Walker) will set up a second playdate for Phil Mitchell (Steve McFadden) and Raymond Dawkins. However, Denise finds out and is livid. Even though Patrick had good intentions, Denise’s words leave him heartbroken. Things will get worse for him, though. There is a knock on the door and his life will be in danger.

Also, Ruby makes a confession hoping it will keep Martin close to her. However, he finds himself inspired by Stacey. Elsewhere, Gray Atkins (Toby-Alexander Smith) tells Karen Taylor (Lorraine Stanley) that it’s time to return his children permanently.

On Friday, Sonia and Martin will confide in each other. Ben Mitchell (Max Bowden) finds himself at the police station. Denise is left with another shock and Linda hopes that she made the right decision. Does she end up going with Max Branning (Jake Wood) or can Mick Carter (Danny Dyer) catch her before she makes a huge mistake?

Which storyline are you most interested in during the week of January 4? Do you have any predictions on what will happen with the characters? We will have to keep watching the soap to see what happens next.