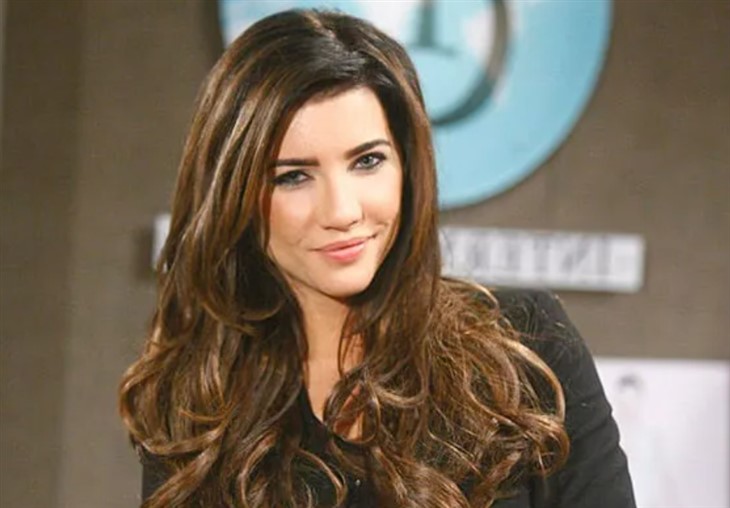 The Bold and the Beautiful (B&B) spoilers reveal that Steffy Forrester has hit the point of no return, according to actress Jacqueline MacInnes Wood. So, what exactly does this mean regarding Steffy’s future? Will John “Finn” Finnegan (Tanner Novlan) really stick around like he promised? What about Liam Spencer (Scott Clifton) as he learns that he is the father of Steffy’s baby?

The Bold And The Beautiful Spoilers – Liam Spencer Is The Father

B&B spoilers reveal that Steffy isn’t the only one that hoped Finn was the father of her unborn baby. ‘Sinn” fans were hoping that would turn out to be the case, too. In fact, many viewers are downright furious that Liam is the father when we were promised a new romantic beginning for Steffy. However, there is still plenty of time for head writer Bradley Bell to turn around this situation. We are confident that someone tampered with the paternity test and we are pretty sure Vinny Walker (Joe LoCicero) is to blame!

The Bold And The Beautiful (B&B) Spoilers: Is Liam The Father Or Did He Pay Someone To Falsify The Results?

Finn was pretty upset when he found out that Steffy betrayed him with her ex-husband. Then he found out that she was pregnant and didn’t know the identity of the father. Soap Opera Digest confirmed that Liam is the baby daddy, so we will have to see how Finn reacts. He made promises to Steffy and Ridge Forrester (Thorsten Kaye) that he wasn’t going to walk away. However, those promises will be put to the test when he finds out that he isn’t the father. Now, Liam will have an even stronger grip on Steffy than ever before.

The Bold and the Beautiful spoilers reveal that Wood talked about the storyline with the magazine. She explained that it would have been easy to make Finn the father. She thinks making Liam the baby daddy actually adds drama and fun to the story. Plus, she teased that Steffy has hit the point of no return. The actress seemed to suggest that Steffy is absolutely done with Liam.

“Steffy is committed to Finn. She finally hit her point of no return with Liam. There are great scenes coming up between Finn and Steffy, Finn and Liam, and Steffy and Hope [Logan, Annika Noelle], some of which is heartbreaking, and some of which are on fire.”

The Bold And The Beautiful (B https://t.co/Im83U7vdEw #BOLD #BB #BoldAndTheBeautiful

Head writer and executive producer Bradley Bell promised fans that Steffy would have a new romance and it would be a real love story. When “Steam” slept together, fans were not sure if Finn would stick around. However, he doesn’t plan on going anywhere. Even though Liam being the father is going to be a tough hurdle for them, we are hoping that they can still stay together. The actress has stated before that Liam is the past, but Finn is Steffy’s future.

Bold And The Beautiful News: Jacqueline MacInnes Wood Due Date – Baby Watch Is On