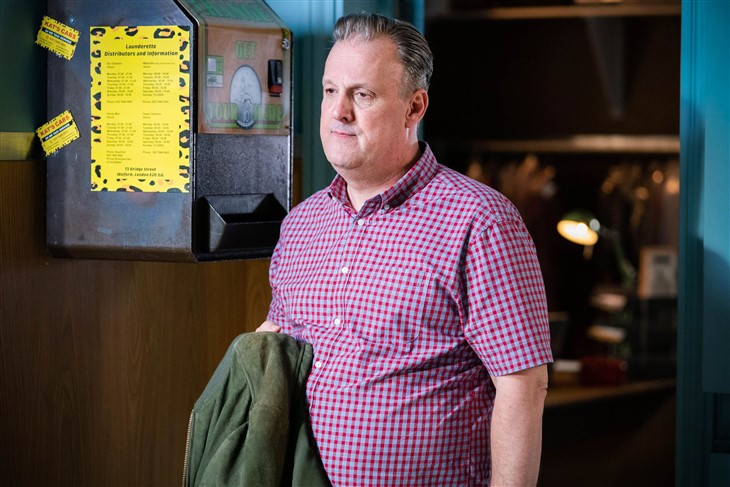 EastEnders Spoilers hint that Harvey Monroe (Ross Boatman) will soon be fired by Kat Slater after the incident involving Ash Panesar (Gurlaine Kaur Garcha). Last week, we saw some tension between Ash and Harvey after Ash got sick in Harvey’s car. Harvey says something that is off-putting to Ash.

Following the situation between Ash and Harvey on EastEnders, Peter Beale (Dayle Hudson) wants to help Ash deal with what happened between Harvey. Some miscommunication between Peter and Kat Slater(Jessie Wallace) leads to Kat confronting Ash. In which she learns about what Harvey said to Ash and is not happy about it. This leads to Kat going to look for Harvey who is at the Queen Vic and quickly tells him that he is fired.

Harvey later fills Dana Monroe (Barbara Smith) in on him being fired from his job and tells her what happened. Dana tells him that he needs to be more careful about what he says even when he is upset. She even pushes him to talk to Ash about what happened and he agrees he should talk with her about it.

EastEnders spoilers show Dana is also struggling with keeping her relationship with Bobby Beale (Clay Milner Russell) a secret. She talks to Bobby about coming clean to Harvey and they both agree. Harvey, on the other hand, is trying to clear the air with Ash and things seem to be going well between the two. However, as Ash is listening to the apology, Peter begins to laugh and makes it known that he is not buying what Harvey saying.

Harvey soon talks to Kathy Beale (Gillian Taylforth) about how his day was and explains that Peter made his day even worse then it already was. While talking with her, he sees that Dana had been over at Kathy’s and realizes that Bobby and Dana are back together and storms out. Dana tells Harvey later that he needs to make things right with everyone and even goes as far as offering to help him get his job back. However, will he decide to take her up on her offer or will he decide to go about things differently? How will he handly learning about Dana and Bobby reuniting?

Be sure to catch up on everything happening with the Eastenders. Come back here often for EastEnders news and updates.