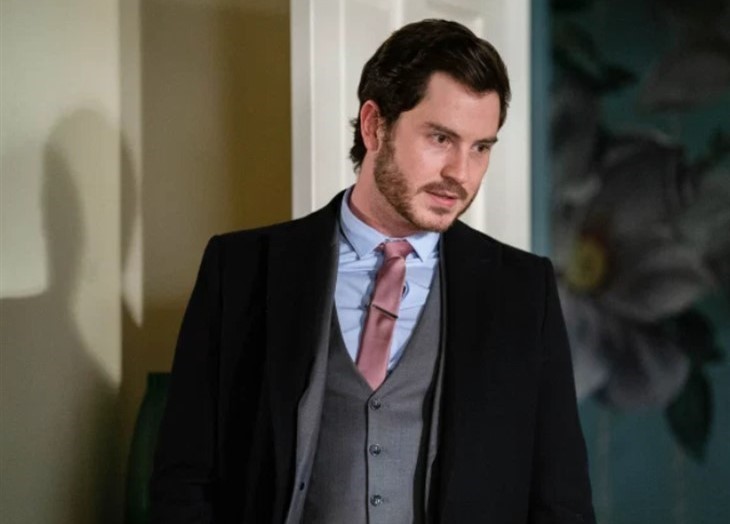 Eastenders spoilers reveal that in Walford Gray Atkins (Toby-Alexander Smith) has now killed two people. The first was his wife, Chantelle Atkins (Jessica Plummer). The second was Tina Carter (Luisa Bradshaw-White), who learned his secret. He hasn’t been caught yet and he’s starting to feel invincible. However, he could make a deadly mistake when he targets an experienced survivor.

Eastenders spoilers reveal that Whitney trusts Gray completely. She thinks that the solicitor is her hero. Even though he nearly ruined her chances at trial, which could have sent her to prison, she managed to get a not guilty verdict. Whitney credits Gray with her freedom, although him working on the case wasn’t a noble, selfless deed like she thinks. Now that nightmare is over, she feels indebted to him, but has no idea what awaits her.

According to the new issue of Inside Soap magazine, Gray will ask Whitney to help take care of his children. Then he interferes with her dating life. He manipulates her into not going out on dates and instead, spending all of her time with him. Next, he will ask her to move in, but she’s not comfortable with that. He tries to sweeten the deal by claiming they have “something special.” Even though Whitney did kiss him when Chantelle was still alive, that was more out of gratitude. She doesn’t really feel that way about Gray, but feels compelled to agree for two reasons. She feels that Gray needs a friend right now, as well as thinking she owes Gray.

Whitney will likely move in with Gray, but not as a romantic partner. At least, her intention is to respect the memory of Chantelle and just be there to look after the children. However, Gray is a master manipulator and knows what he is doing. He already looked smugly satisfied to see Whitney cleaning up even though she was hung over. Since she is already an abuse survivor, he thinks that Whitney is the perfect target.

It is suggested that Gray is underestimating Whitney’s survival skills. She has been a survivor and fighter for most of her life. Even though she is already “primed” to be easily controlled and manipulated, that doesn’t mean she will be his personal punching bag. Whitney has been through this more than once and we saw how she handled Leo King (Tom Wells). Gray might be a charismatic killer who uses coercive control expertly, but Whitney has survival instincts and a strong will to live. She could also have a knee-jerk reaction the minute Gray lays a hand on her. It is possible that Gray has made a deadly mistake by targeting Whitney. Eastenders spoilers suggest that he could pay the ultimate price… with his life.