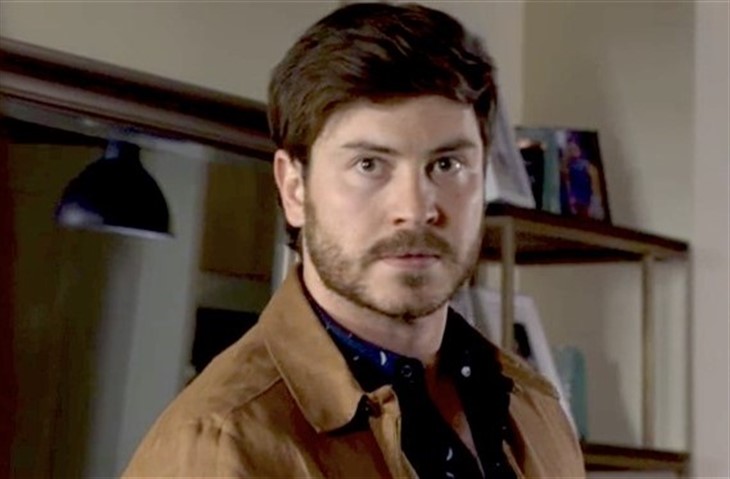 EastEnders Spoilers hint that Gray Atkins (Toby-Alexander Smith) will come across new information that will take him by surprise. Gray will soon run into some news and will also have a conversation with Whitney Dean (Shona McGarty) about it. Viewers saw in past episodes that Gray and Whitney visited his father in the hospital. This let viewers in on the violent past that Gray had and how worried Gray’s dad was about the decision he had made in the past regarding Gray. It seems that soon Gray will learn about the death of his father and this may lead him to get closer to Whitney in upcoming episodes.

When he learns about the death of his father, he will reach out to Whitney and talk to her about how he is feeling about the situation. He will then go on to talk about his childhood memories and the two will begin to get closer to one another. This will lead to the two of them kissing each other. Whitney does not know much about what Gray is hiding from everyone including about the death of his late wife, Chantelle Atkins (Jessica Plummer). It has been hinted that Gray’s secrets will soon make their way to the surface once again. Whitney may also find herself in the midst of the storyline as they are pushing the two of them together.

EastEnders’ boss Kate Oates has stated that Gray’s story has always been intended to be a longer storyline even after the death of Chantelle. She also talked about Gray’s character and his views on his past actions. “I think in Gray, we have a character who tells himself that Chantelle died in a terrible accident; that Tina had to die so he could be there for his kids; and Kush had to go, because he and Whitney are ‘meant to be’. He’s the centre of his own universe, and nothing is his fault.”

EastEnders boss Jon Sen says that the long storyline is important to fill in the holes in his history. “We’re building to the kind of culmination of the Gray storyline, and that takes it’s kind of next chapter, I think, obviously, has been a very long story arc and it’s taken many twists and turns, but we are kind of like you know, going back to the grass roots of the story really pivoting it back to, to its origins, and it’s gonna be fascinating turn of events for the Atkins family.”

Be sure to catch up on everything happening with the Eastenders. Come back here often for EastEnders news and updates.