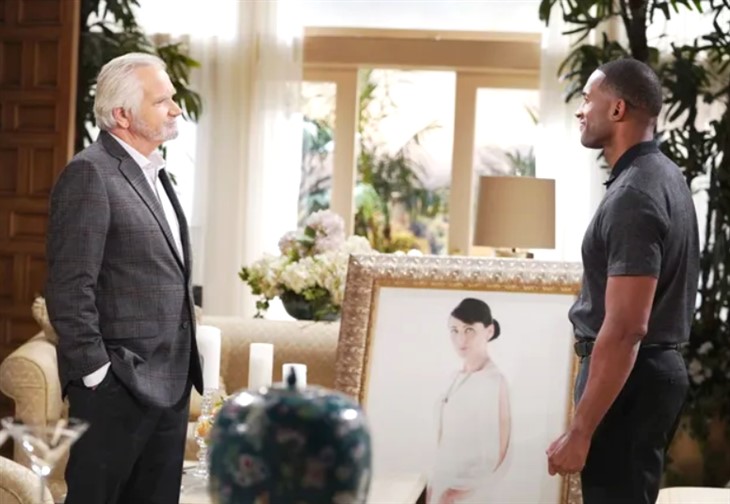 The Bold And The Beautiful Spoilers – Carter Walton’s Bombshell

B&B spoilers for the week of August 23 reveal that Carter drops a bomb on Ridge and Brooke. The Forrester Creations lawyer tells “Bridge” that Eric and Quinn are back together. Ridge and Brooke will be shocked as Eric never even mentioned it to them. They will also be worried and push Carter for details. All he will probably say is Eric called him out of the blue and asked for Quinn’s portrait back. Carter might also tell them that Eric said the divorce was off.

Brooke and Quinn have never gotten along, which is no secret. Ridge didn’t care for Quinn either, but was more accepting of Eric’s relationship. That all changed when Quinn’s affair with Carter was exposed. So, Ridge and Brooke think that Eric is making a huge mistake. In their quest to “save” Eric, the couple will try to reason with him.

The Bold And The Beautiful Spoilers – Eric Forrester Bites Back

The Bold and the Beautiful spoilers reveal that Eric doesn’t tell Ridge and Brooke about his decision for a reason. “Bridge” have not been able to stop talking about Quinn’s betrayal or how happy they are that Eric is finally getting a divorce. When Eric decided to take Quinn back, he knew that Ridge and Brooke would try to stop him. When Ridge and Brooke pressure Eric to reconsider, he actually bites back.

When Quinn had her chat with Eric about no longer apologizing, she told him why the affair with Carter happened. Quinn also let Eric know just how hurtful it was that he would never defend her. Even though Eric does have a good relationship with Brooke, who he used to be married to, Quinn had a point. Eric seemed to finally understand this as he winced when Quinn brought it up.

With Eric biting back at Ridge and Brooke, it sounds like he is finally going to stand up for his wife. However, will Eric’s behavior last or is it just to convince Quinn to come back? More importantly, can Quinn stay away from Carter? We will have to keep watching the CBS soap to find out how this story ends.