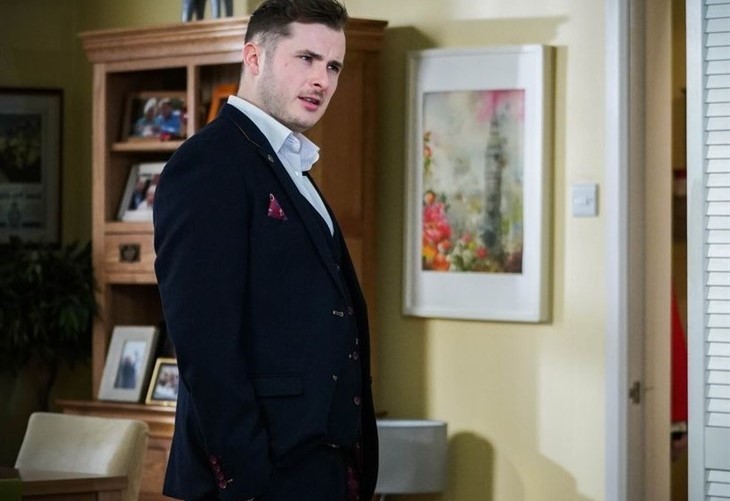 EastEnders Spoilers hint that trouble may find its way to Callum and Ben’s relationship. Callum Highway (Tony Clay) will soon find himself concerned about Ben Mitchell (Max Bowden) when Ben receives an unexpected visitor from his past. However, will this person from Ben’s past cause problems for Ben and Callum’s relationship? What will be Ben’s reactions to seeing this person?

EastEnders Spoilers – Someone From Ben Mitchell’s Past

In upcoming episodes, Ben and Callum will be meeting up with Callum’s grandmother, Violet Highway (Gwen Taylor) where the three will begin to have a chat at the cafe. However, while they are chatting, someone will catch Ben’s eyes. This someone will turn out to be Ben’s old fling and the situation will leave Callum unsettled. The couple has had a lot of bumps in the road ever since they got together and it seems that this may be another thing that may cause trouble for the couple. As viewers know, the two married this year before that the two were at odds when Calum’s secret was revealed to Ben almost stopping them from getting married.

After the two got married, they had more trouble as Ben tried to get Callum to quit being a cop. Things got worse when Callum’s colleague, Fitzy (Sam Buchanan) had gotten stabbed during a chase where Callum would go on to blame himself for. He also would keep his fears from the situation a secret from Ben. The incident led to Callum’s storyline involving his PTSD (Post Traumatic Stress Disorder) something that he had developed during his time in the army.

He would eventually turn to Whitney Dean (Shona McGarty) for her support. Ben became convinced that the two were secretly having a fling behind his back but later learned the truth about what was really going on. Next to this development, Vi will also be in a new storyline that will start next week. Vi reveals that he son Jonno has went and sold her belongings. This leaves Stuart Highway (Ricky Champ) furious and he manages to get the items back. However, she is missing an antique children’s book which was brought by Kim Fox (Tameka Empson) and is desperate to get the book back.

Be sure to catch up on everything happening with EE right now. Come back here often for Eastenders spoilers, news, and updates.

Y&R Spoilers: The End For Phyllis And Nick – Amanda’s Decision