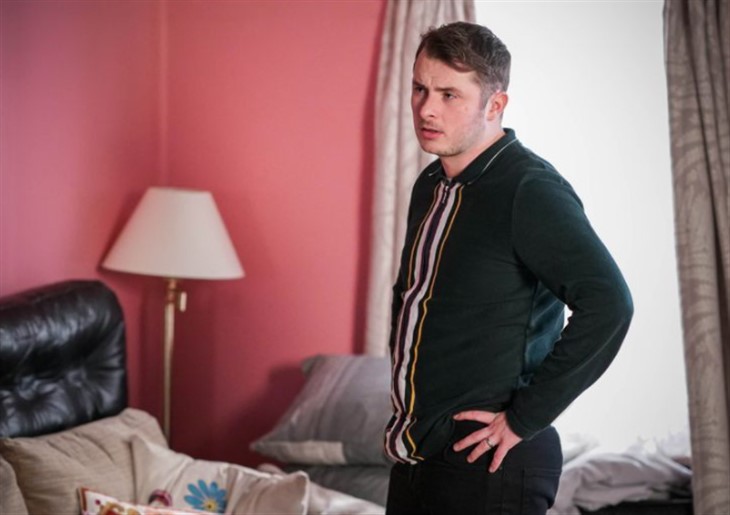 Eastenders spoilers and updates reveal Callum Highway is set to struggle next week in ‘EastEnders’ after producers revealed an upcoming inner battle storyline for Callum will start following his colleague Fitzy’s stabbing incident.

Spoilers reveal Callum (Tony Clay) feels distressed when new husband Ben Mitchell demands he quit his job after finding out he’d previously worked undercover to turn down his dad Phil. But Callum struggles with letting his career go but assures Ben he’ll think about it.

The new storyline crosses with Kat’s (Jessie Wallace) mugging incident when Callum and pal Fitzy (Sam Buchanan) speak with her in the Slater house to ask for details about her mugger. Meanwhile, Phil Mitchell (Steve McFadden) also arrives at the place and turns sour to see his son-in-law.

Kat tries to explain to Phil that someone mugged her, but his eyes are glued to observing Callum’s every action. Kat becomes annoyed and orders Phil to leave, but he apologizes and reveals his plans to run the laundrette with her after seeing it is up for lease.

After gathering the information, Callum and Fitzy leave. Shortly after, the duo notices a person who matches Kat’s description of her mugger. But the mugger discerns their plans and ends with the police officers chasing him down.

But the operation ended tragically when the mugger stabs Fitzy, leaving him struggling to survive, and Callum traumatized. He tries to apprehend the criminal, but it eludes them.

Callum supports Fitzy by staying with him at the Square and calls for backup. While waiting for the paramedics, Fitzy handles the proposal ring to Callum, making him even feel more guilty.

The paramedics rushed Fitzy to the hospital, and DCI Arthurs calls on Callum to check on him. However, he finds Callum blaming himself for all that transpired.

In a different scene, Callum and Ben should spend their anniversary together but the former struggles to just shrug off everything. Ben perceives his demands for Callum to quit might’ve caused the situation to grow cold and so he solves it by telling Callum they shouldn’t talk about work in the meantime.

However, Callum didn’t absorb it well, leaving him feeling more distraught now that he can’t tell him what happened to Fitzy. He panics and leaves their celebration, leaving Ben baffled by his actions.

Previously, Ben struggled with trust issues when he found Callum with Fitzy. He sensed he was not welcome when their conversation halted as he arrived. He quickly left them.

Will Ben’s jealousy grow stronger if he knows Callum is acting that way because of Fitzy?

Be sure to catch up on everything happening with Eastenders right now. Come back here often for all Eastenders spoilers, news, and updates.