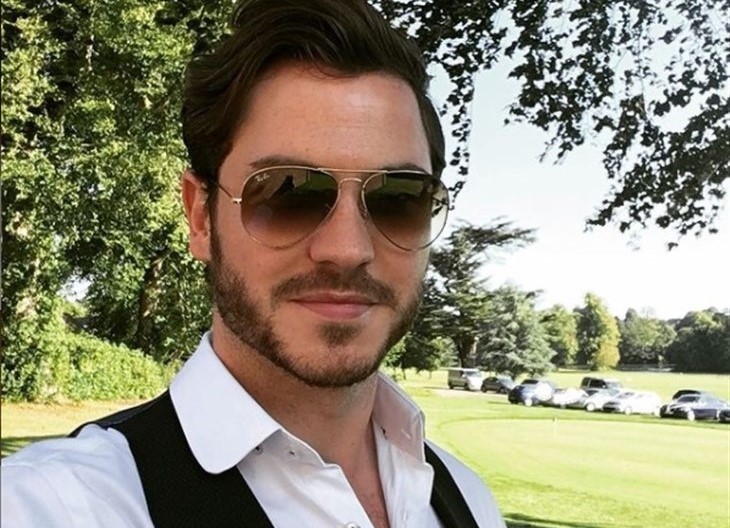 “EastEnders” fans have been calling for the cancelation of Gray Atkins, the character played by Toby-Alexander Smith. Smith has broken his silence.

“I think initially it took a while to get used to that, that it’s not a personal thing about me,” Smith said in a recent conversation with Nihal Arthanayake on BBC Radio 5 Live show.

The actor admitted that when people ask if he is Gray from “EastEnders” and he replies yes, he’ll get “a bit of a look.”

“It gets difficult when it becomes personal because people sometimes can’t differentiate between the character and me as an actor, but that’s fine,” he added.

The soap’s avid viewers know Gray has already killed three characters since his arrival in Walford two years ago. One of the most controversial crime scenes last year was when the evil lawyer killed his own wife Chantelle (Jessica Plummer) in a domestic abuse storyline.

Gray abused Chantelle verbally and physically for months and brutally killed her after he pushed her onto an upturned knife in the dishwasher during the couple’s argument.

Months later that episode, “EastEnders” fans have already posed concerns at still seeing the character with his dark nature on the soap. However, his evil ways did not stop there.

Gray has also killed two more characters in the soap later. One is the barmaid Tina Carter, who had figured out his brutal nature. He murdered her to protect his secret crime. The second victim is Kush Kazemi, whom he pushed in front of a moving train last month after Kush offered his hand to help Gray who had fallen down the tube lane first. It was a crime triggered by his obsession with Whitney Dean, who was on her way with Kush to flee the Square. He can’t stand seeing Whitney leaving him, so he decided to work things up.

The Call To Axe Gray Atkins

Fans have grown sick of seeing more of the serial killer Gray in the series and have called for the producers to cut him. This has become serious to the point that fans call him a “waste of salary” and that the producers should’ve focused more on Luisa Bradshaw-White, Davood Ghadami, or Jake Wood. According to fans, Gray’s story has become so absurd that they no longer care to see him and demand that “the sooner he leaves, the better.”

EastEnders Spoilers – Worth The Cause

Gray’s portrayer has finally spoken against the call to get rid of his character in the soap and said he is just doing his job. He pointed out that social media can be quite loud and when people start to direct it at Gray, “That was when I was like, ok, we’re doing our jobs here, people are calling out this behaviour, this behaviour is unacceptable.”

Last year, the actor responded to a fan reaction regarding Chanelle’s storyline, saying that playing the evil Gray was worth the cause: “If one person gets out of an abusive relationship, then it’s worth it. I’ll take it all day long.”