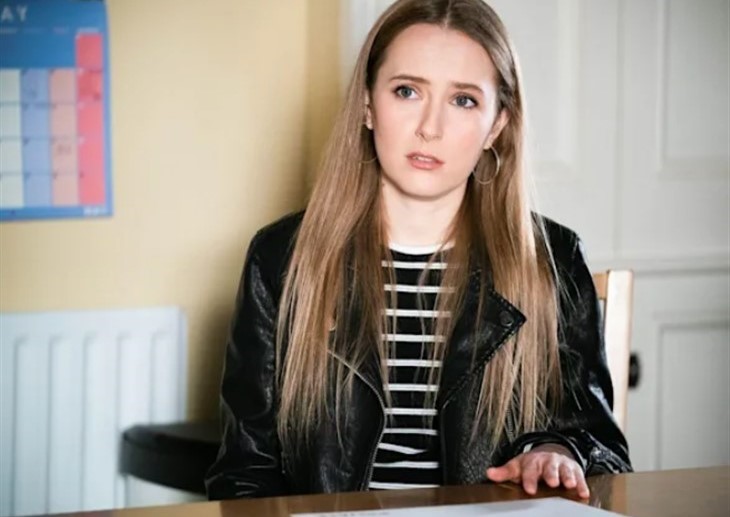 Eastenders spoilers and updates reveal Frankie Lewis (Rose Ayling-Ellis) needs to figure out where her loyalty lies. She’s left to choose between her mum Katy Lewis (Simone Lahbib) and dad, Mick Carter, as the latter prepares for his appearance in court.

Viewers know that Mick decided to drop his anonymity in the child abuse case against Katy. He confided in his family the childhood sexual abuse that he had endured from Katy, who was his former carer. At first, he decided not to tell the police but did so later on after he learned that she also abused other boys.

Katy was arrested and eventually pleaded guilty, which means there will be no trial. Mick’s victim advocate informed him of the change in events and revealed that he could read a victim impact statement on the court, to which Mick agreed.

Upcoming scenes reveal that Mick will have a hard time writing his victim impact statement. Nancy Carter (Maddy Hill), who still refuses to return home, encourages Mick to finish his statement and read it in court. He feels encouraged after his conversation with Nancy. But what he doesn’t know is that Katy was standing and listening outside The Vic.

Later on, Frankie leaves right away when she sees her mother, Katy at Ruby’s club. When she gets to The Vic, Frankie finds Mick’s victim impact statement, which leaves her feeling concerned. She becomes even more unsettled after she learned from Shirley that Mick’s statement can help send Katy to prison for good.

Worried that her mum might go to jail, Frankie goes on to meet Katy, who then asks her for a character reference. She tells Shirley Carter (Linda Henry) about it but leaves out the part that she agreed. Shirley says she’s proud of her for being loyal to Mick but the truth is Frankie is conflicted and doesn’t know what to do.

Meanwhile, Mick prepares for his court appearance. He’s unaware of Katy’s request to Frankie. Nancy tells him that once the trial case is over, they can all move on with their lives. Fans will have to wait and see whose side Frankie will be in. Will she remain loyal to her father or will she help her mother get out of prison by giving her a character reference. What will the court’s decision be?