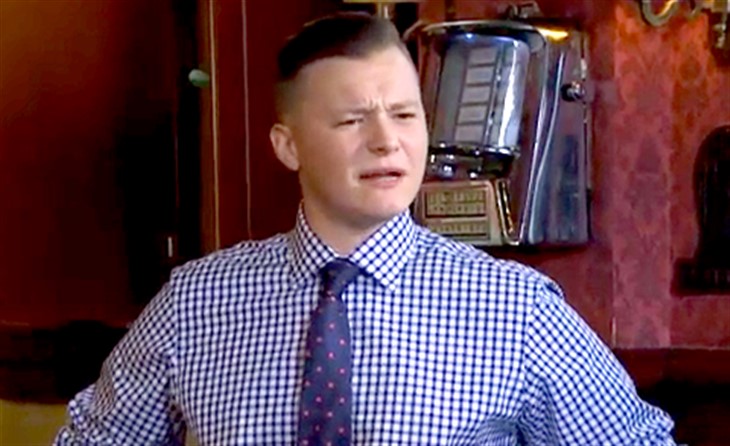 EastEnders spoilers hint that Aaron Monroe (Charlie Wernham) will have some involvement in a big Christmas storyline. The newcomer, Aaron Monroe has made way to Walford bringing with him some secrets as well. This was first seen when he left Tiffany on their second date to take care of business for work.

Viewers see him coming back to his dad’s home with blood covering his hands. However, we do not know if he did before showing up at the home. It seems the newcomer will also find himself deep in a big storyline set to air during the Christmas timeframe. What part might he play?

EastEnders bosses have recently that it will have a big winter ahead meaning that we should be looking forward to a big storyline coming up this winter. There have been some reports that the storyline that is set to air this Winter is going to involve a bomb that will go off in Albert Square. This storyline would put many of the residents in danger from the bomb blast.

However, not much is known about the storyline including the residents who are set to be involved in it. One thing that has been hinted at is that Aaron Monroe is involved with some terrible people as seen by the mysterious phone calls and him coming home with blood on his hands. His interactions with others have also shown his darker side as he went after the people who disagreed with his father’s actions.

We have also seen his actions when other people do not see things from his viewpoint and how aggressive he gets especially around his sister. Could he play a big part in the upcoming storyline and will it have to do with the bomb or the people who will plant the bomb in Walford?

Who might be the ones who will get hurt on EastEnders and if is involved, will his loved ones be hurt as well? Either way, Aaron will have made it clear that he is sticking around for a while and it is obvious that he will be bringing some secrets that may result in others getting hurt.

The Young And The Restless Spoilers: Nick And Phyllis’ Future, Will ‘Phick’ Reunite?