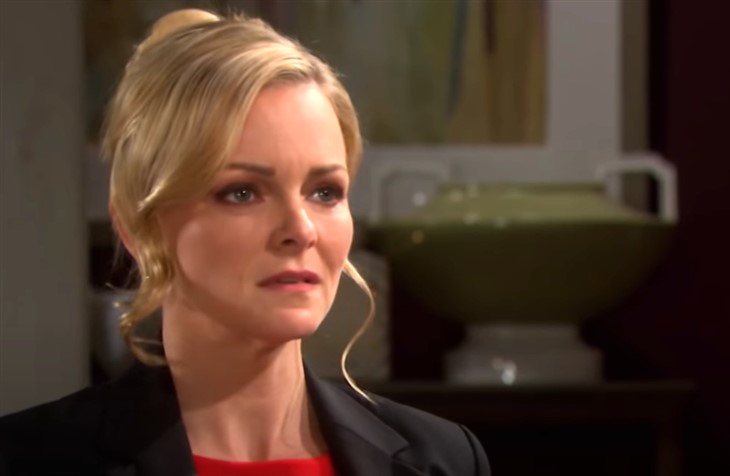 Days of Our Live (DOOL) spoilers reveal a murder mystery coming to an end with a shocking conclusion, but are things always what they seem in Salem? Could there be two women who own the same exact red coat? Maybe or maybe one of the town’s most innocent is not so innocent at all.

Ever since his brain aneurysm, John Black (Drake Hogestyn) just hasn’t been himself. He already almost killed Jan Spears (Heather Lindell) and he quite the run-in with Charlie (Mike Manning) the night the young man was killed, but John remained in the dark about what really happened.

Meanwhile, Belle (Martha Madison) attempted to defend Sami (Alison Sweeney) when she was accused of doing the deed, but she never said she was somehow involved in the murder. Things began looking suspicious recently when Belle visited Jan and the crazy ex-coma patient pointed out she was missing a button on her jacket.

Does John remember seeing his precious daughter, Belle? Or was there another woman there wearing the same jacket? If John truly believes Belle is the killer, will he even tell the authorities or try to cover for her?

It’s Belle’s mom, Marlena (Deidre Hall), doing the hypnotizing so if John spills, she will know. Might John and Marlena take the immoral high ground and keep Belle’s secret to themselves? Will they tell Belle what they think they know and get her to confess?

Days Of Our Lives Spoilers – What’s Next For Shelle?

And if she does confess, will John and Marlena try to hide her? And then there’s Shawn. He’s a cop and Shawn (Brandon Beemer) and Belle just remarried. Will this spell the end of their latest union?

Perhaps Belle and Shawn will go on the run. After all, Shawn will know his wife pulled that trigger just to protect their daughter, Claire (Isabel Durant). Stay tuned to Days of Our Lives weekdays to find out how the Charlie Dale Murder Mystery is solved.