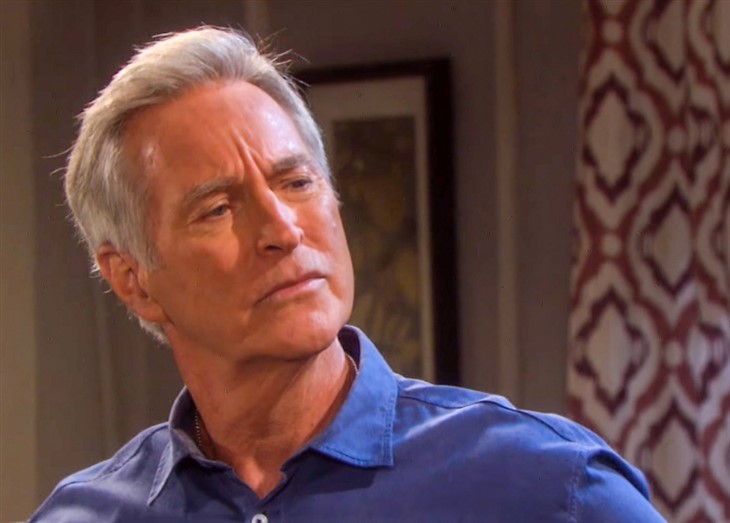 DOOL spoilers tease that longtime fans of the show want to know how old is John Black on days of our lives? The character is played by Drake Hogestyn who was born on September 29, 1953. That makes the actor 67 and it’s a safe bet to assume that John Black is the same age or thereabouts!

John Black debuted as The Pawn in 1985. Then he was thought to be the presumed dead character Roman Brady as played by Wayne Northrop. It was explained that John had plastic surgery and amnesia, two soap opera storytelling staples.

Northrop returned to the show in 1991 which resulted in a switcheroo with Hogestyn’s Roman being retooled into the character John Black. Presto, wham-o, this led to the supercouple Jarlena: John and Marlena Evans (Deidre Hall).

Hogestyn has enjoyed great popularity with the fans who can’t’ imagine the show without him. He was born in Fort Wayne, Indiana, and attended the University of South Florida in Tampa on a baseball scholarship. He wanted to be a dentist but before that could happen he was drafted by two professional baseball clubs, the St. Louis Cardinals and the New York Yankees. He signed with the Yankees and played third base for one of their farm teams until he was injured in 1978.

Hogestyn’s acting career started on the prime time series Seven Brides for Seven Brothers and he played other roles in the 80s before joining the cast of Days of our Lives in 1986.

John And Marlena On Days of Our Lives

These days Jalena are settled into a comfortable routine as happily married people. A while back he had an aneurysm that turned him into a raging maniac, but presto, wham-o, that part of him disappeared overnight. John seems back to his good old self, being a proud dad and stepdad to half of Salem.

John Black has been a staple in Salem since the 80s and he is a firm fan fave. He has been through tragedy, triumph, women and wine. It seems inconceivable that the day would come when he is not dispensing advice or offering a shoulder to cry on and fans would not have it any other way.