Days Of Our Lives News Update: Cady McClain Has No Problem Slipping Into Melissa Reeves’ Shoes 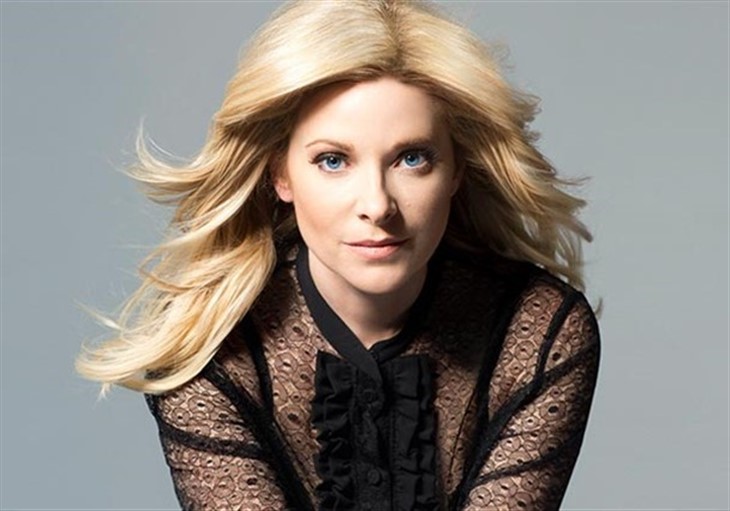 NBC Days of Our Lives spoilers say that actress Cady McClain (Jennifer Horton) has no problem slipping into Melissa Reeves’ shoes. The blonde beauty recently replaced Melissa after the actress announced that she would not be returning to the set of Days of Our Lives or Salem when it resumed production back in September. For Cady, she didn’t even hesitate when the producers called and asked for her to step in. Here’s what she has to say.

Speaking to Soap Opera Digest in a new interview, Cady says that it’s been nothing but smooth sailing these last few weeks on the show. Since both she and her husband, General Hospital actor Jon Lindstrom (Ryan/Kevin Chamberlain) both live so close to the studios, Cady knew that she couldn’t pass up the job. What’s more, Jon has been working on the set of General Hospital throughout the summer months and the two of them were both familiar with all of the new Covid-19 protocols in place, even though a lot of behind-the-scenes changes have occurred.

Cady says that after shifting her focus from acting to directing, she did have some reservations about joining the show, but they were thankfully just temporary. She told the publication, “I haven’t been focused on acting in particular so it was a big, kind of like, ‘Oh, act? In television? Oh my God, I’ve got Covid cookie butt! Wait a minute, just give me a minute while I pick my face off the floor.’ I hadn’t done my roots in six months. So it was getting your hair done outside on a patio with a mask on. It’s been a trip.”

Days Of Our Lives Spoilers: Everyone’s Worried About Kayla And Marlena, Orpheus Kidnaps Both Women?

With that said, it’s without a doubt that fans are certainly excited to see this All My Children and As The World Turns veteran back on the canvas. Cady also says that she is extremely thankful for her husband Jon, as he’s been helping her run her lines to help prep her for Days of Our Lives. Cady will be making her DOOL debut on October 30th. We can’t wait!