Days Of Our Lives Spoilers: Melissa Reeves Out As Jennifer Horton, What You Need To Know! 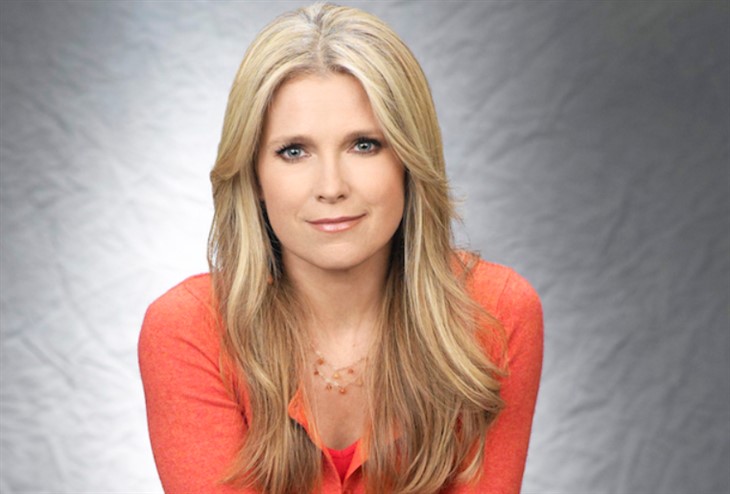 NBC Days Of Our Lives spoilers and updates reveal Celebrity Dirty Laundry exclusively reported that Melissa Reeves had been replaced by Cady McClain, formerly Dixie Martin on All My Children. Daytime Confidential has also confirmed this report. It seems that Melissa chose not to resume filming when the show resumed production. Is there more to the story?

Days of Our Lives Melissa joined that cast as Jennifer Horton in 1985 and has been in the role off and on ever since. Jennifer came to town as a wild teen with a chip on her shoulder a mile wild. Eventually, Jennifer bonded with Hope Brady (Kristian Alfonso). Hope and Jennifer became best friends and almost like sisters. Jennifer is the daughter of Laura Horton (Jaime Lyn Bauer) and Bill Horton (John H. Martin). However, McClain has already taken over filming in the role.

Days of Our Lives Reeves came under fire after liking posts from Candace Owens when the Black Lives Matters Motive started to heat up months ago. Reeves also supported Chik-fil-a posts during this time. Although rumor says this has nothing to do with her decision, at the time it was obvious that several coworkers were certainly upset. Days have a diverse cast and most are very close. Reeves’ actions could have easily caused issues on the set.

Days of Our Lives McClain Is best known for her All My Children’s role as Dixie but she also appeared in As The World Turns as Rosanna Cabot and The Young And The Restless as Kelly Andrews. McClain won Daytime Emmys in 1990 and 2004 and was nominated for seven other Emmy awards.

Days of Our Lives Spoilers & Rumors: Tripp Drawn To Claire, Will Allie And The Baby Keep Them Apart? https://t.co/GX2Qw7E0NY pic.twitter.com/61xTU0sHPX

Days of Our Lives Reeves exit comes on the tail of follow castmate Kristian Alfonso who recently announced that she was leaving the role of Hope Brady, a role she had held since 1983. Kristian left after being asked to take an extended leave, much like some of the other actors have had exited and have returned. Could Reeves exit be tied to a request to be off-screen for a few months like Alfonso? Perhaps Reeves agrees that the show isn’t like it used to be and decided to walk off the set? Has Reeves been under pressure because of her stance against the Black Lives Matter Movement?

Whatever the reason for her exit, seeing someone new in the role of Jennifer Horton will take a little bit of getting used to. However, Cady is sure to make Jennifer her own and win over fans in no time.

The Bold and The Beautiful Spoilers: Top 5 Reasons ‘B&B’ Is On Fire Right Now