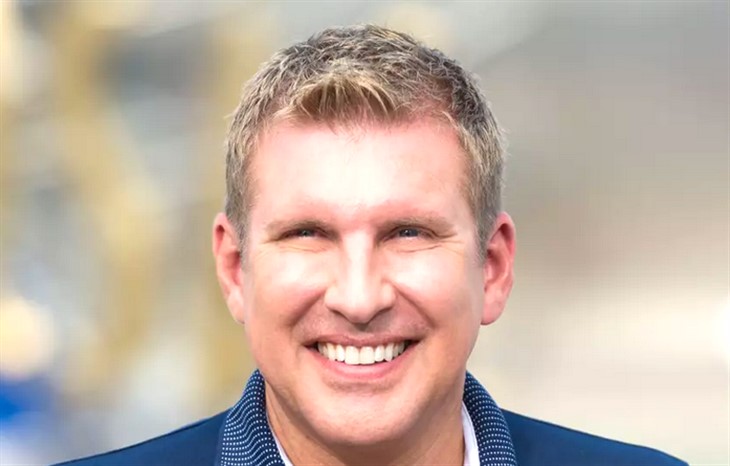 Chrisley Knows Best premieres Season 9 on August 12 and fans who love Todd Chrisley’s humor can’t wait for it. Well, a post shared by the show’s Instagram page got mixed responses from USA Network fans. Not only arrogant, some fans thought he took a delicate subject and made a laughing matter out if. Of course, for some fans, if he called the sun yellow, they’d laugh like loons. But this time, the comedian-actor upset a few people.

Todd brought his family fame when he started his show and as the years go by, fans seem to love his humor and his pranks more and more. In fact, some of them think that he should be right up there with famous names. A few of them suggested comedy greats like George Carlin and Sam Kinison should step aside for the TV star. That’s some praise indeed, as those two comedians are recognized as probably the best of all time. However, it’s a fine line for comedians to tread when they touch on sensitive topics.

Chrisley Knows Best returns with Season 9 and no doubt a lot of fun and daughter entertains fans for a while. In a post on Instagram on Sunday, the USA Network didn’t indicate if a short clip teased the new season. Of course, it might have originated in a previous season and they popped it up as a funny reminder of what to expect. Very short, it was nevertheless long enough to upset a few people. Obviously, lots of fans enjoyed it, but others with a  more serious mindset took some offense.

In the short clip, Todd sat down and said, “you know, one of my organs ought to go to the Smithsonian.” Well, the Smithsonian is one best-known museum and research centers in the world. The place collects and curates information about history and culture, science, the arts, and more. Maybe that’s why one follower responded by saying, “Arrogant much?” Others gave eye rolls and one of them who did that said, “oh please.” Then another fan who thought wasn’t funny commented, “Such poor taste around children!”  Well, as usual, others “spit out” their drinks, and thought it was completely hilarious. 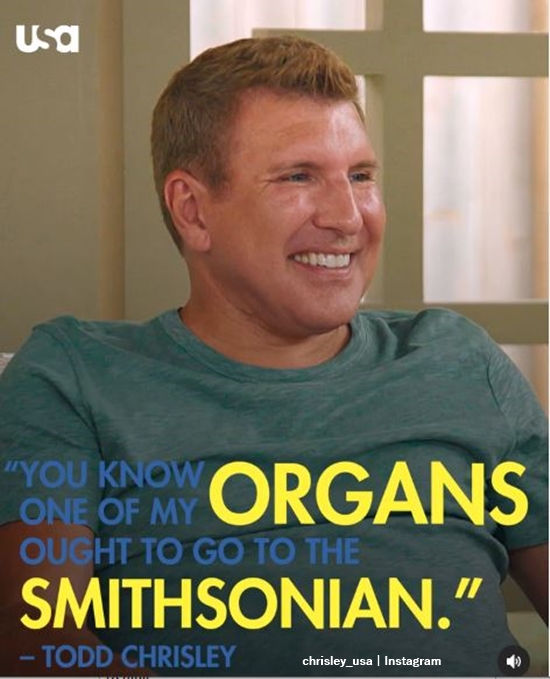 One unamused follower of Chrisley Knows Best gave Todd what for. Lambasting him, they wrote, “🙄 As the mother of a 24 year old son who was an organ, tissue and eye donor when he died of an aneurysm of the ascending aorta, I am struggling to find any humor in this comment.” Still upset, the follower added, ” Also, as a Stage IV kidney failure patient who waits for a kidney transplant, it isn’t a laughing matter.”

Comedy Doesn’t Sit Easy For Some

Anyone who tries to be funny can make a mess of comedy. In fact, it’s considered a very difficult aspect of theater and television. Sleuthsayers.com reported that the hardest part is that others might not find anything funny about what the comedian thinks is hilarious. Plus, as comedy so often comes from issues close to the comedian, it often fails or offends people. This time, it seems that amongst certain people, Todd certainly missed the mark.